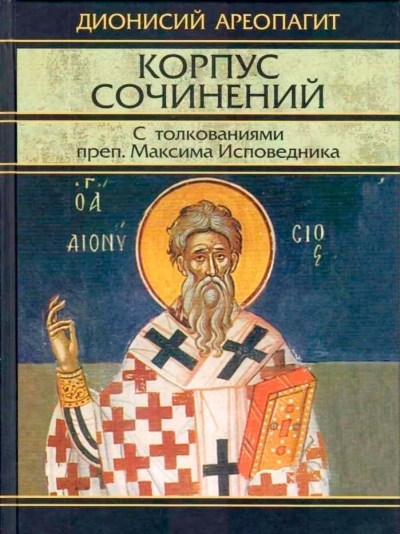 Dionysius the Areopagite. Corpus of essays. Cover of a modern edition

Isaiah is a prominent Serbian scribe of the 14th century (c. 1300 – not earlier than 1375) who worked on Mount Athos and was for some time at the Serbian king’s and then the prince’s court. He went down in the history of Southern and Eastern Slav literature as a translator from Greek of works by Pseudo-Dionysius the Areopagite.

The key information on Isaiah's life is contained in his Life, compiled, most likely, by a disciple of the scribe. It allows us to conclude that Isaiah was born around 1300 “in the diocese of Liman”, that is, within the bishopric of Kosovo Field, the center of which is the Grachanitsa Monastery. His parents, George and Kalina, were nobles, thanks to which the youth managed to get a good education. After serving for some time at the court of King Milutin, the young man took monastic vows at the monastery of St. Joachim of Osogovo, and later, until 1330, he went to Mt. Athos, becoming a resident of the Hilandar monastery. The Life says that after a while Isaiah returned to Serbia, visited his parents and managed to persuade them to take tonsure under the names of Gerasim and Theodosia.

In the 1340s Isaiah became a novice of the former Hilandar abbot, the elder Arseny, who introduced him to the Serbian tsar, Stefan Dushan. Isaiah earned the trust of the king and the king’s wife, Helena, becoming close to them. Subsequently, this helped him to receive а “chrysobull” – a tsar’s charter, which provided significant privileges and funds for the restoration of the Athos monastery of the saint and great martyr, Panteleimon, which Isaiah found in a dilapidated and desolate state when he arrived at Mount Athos. Additionally, the tsar’s charter granted land to the monastery. In 1349 Isaiah, according to many scholars, became abbot of the aforementioned monastery and began active construction activities. A cathedral and refectory were erected in the monastery, as well as utility rooms and fortress towers. The monastery’s metochions were located beyond the Holy Mountain. The Life of Isaiah does not specify the predominant ethnic composition of the the monastic fraternity and does not indicate that the monastery was Russian.

Isaiah of Serra proved himself as a diplomat. For example, in 1375 he played a significant role in the reconciliation of the Serbian Church with the Patriarchate of Constantinople. By the decision of Prince Lazarus and the Council of Serbian Land (attended by the widow of tsar Stefan Dushan, the aforementioned Helena), Isaiah was sent to Constantinople for negotiations, and his diplomatic mission was a success. In Constantinople Isaiah met with the future Metropolitan of Kiev, Cyprian, who was there in connection with the beatification of the holy Martyrs of Vilna, Anthony, John and Eustathius. There is reason to believe that the distribution of Serbian literature in the late 14th and early 15th centuries is associated with this event, dedicated to these saints, whose Live is included in a compilation of short hagiographies.

Isaiah’s greatest achievement was his translation into the Slavic language of Areopagitums, a corpus of four works written by Pseudo-Dionysius the Areopagitе not earlier than the end of the fifth century. These works laid the foundations for the development of Byzantine theology in subsequent centuries. Areopagitums had spread on Slavic territory in ancient times (an excerpt from the work was already present in Izbornik in 1073). However, it was thanks to Isaiah that a translation of all four theological treatises (On the heavenly hierarchy, On the church hierarchy, On the Divine Names and On the mystical theology) and ten epistles accompanied by the interpretations of Maximus the Confessor appeared among the Southern and Eastern Slavs. The translation was made by Isaiah at the request of the Metropolitan of Serra, Theodosius.

In his addition to the translation (it could be a preface or an afterword), Isaiah noted the difficulties of translating the text into Slavic. In the latter, according to the scribe, in comparison with the “infinitely wise” Greek language, there are fewer words that can explain the meaning of abstract concepts. Isaiah’s supplement is of particular interest as the only reliable evidence of the Serbs’ battle with the Turks on the Maritsa River in 1371. The scribe writes that he began his work in “good times,” and ended it in bad times, that is, in the year of this famous battle, when the Serbian army of despot John Uglesha and King Vukashin suffered a terrible defeat by the Turks. This text is known by academics as The Story of the destruction of Macedonia by the Turks. The description of the battle has features of a chronicle and an artistic narrative. According to Isaiah, after this catastrophe the Turks “dispersed throughout the Serbian land like birds through the air,” bringing death everywhere. He mournfully notes that the land then lost its wealth – people, livestock, and all kinds of fruits, “for there was no prince, no chief or leader of the people, there was no deliverer and savior.” And in conclusion, the scribe resorts to words of grief, saying that then “the living envied the dead.”

Isaiah's supplement does not appear in all copies of the document. It is usually in old Russian copies, but as a rule is absent in the older Serbian ones of the middle of the 15th to the beginning of the 16th century. However, throughout the Middle Ages, Slavic scribes continued to be aware of this artistic and historical evidence of the battle of the Serbs for their freedom. It was used, for example, in the creation of the Word on Prince Lazarus (late 14th century) and in the compilation of the Russian Chronograph of 1518–1522, due to which it was then included in the Serbian Chronograph (Troyadik), as well as Serbian genealogies and annals. Additionslly, in 1792, the text of the aforementioned work of Isaiah was included in the History in Brief of the Bulgarian Slavic People by the hieromonk Spiridon of Rila.

As for the distribution of Isaiah’s translation of Areopagitums, about 80 copies from the 14th–19th centuries are known. The oldest are of Serbian origin. The copy of Serbian manuscripts from the collection of A. F. Hilferding, No. 46, which is stored in the Russian National Library in St. Petersburg, belongs to the 1470s and was perhaps written by Isaiah himself.

The question of Isaiah’s canonization is unclear. In his Life, he is called “blessed”, “reverend” and “saint”. The Life may have been compiled in connection with the ecclesiastical glorification of Isaiah, but for some reason his official canonization did not take place. It is unknown whether any hymnographic compositions were written in honor of this ascetic.

View the embedded image gallery online at:
https://sesdiva.eu/en/virtual-rooms/cultural-exchange/item/142-isaija-of-serres-en#sigProId4cf136aec9
back to top