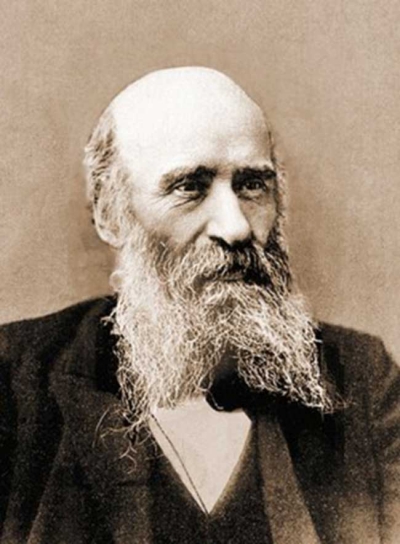 Bulgarian historian, philologist, Slavicist, ethnographer and folklorist, public and political figure, founder of a number of institutions in post-liberation Bulgaria, a Russian graduate who has linked much of his life with Russia.

Born in Panagyurishte. After completing his primary education he worked as a teacher in his hometown. Drinov was sent to continue his education in Russia at the expense of his fellow citizens. From 1858 to 1861 he attended the philosophical classes of the Kiev Theological Seminary, after which he continued his studies at the Faculty of History and Philology of Moscow University, where he graduated in 1865. Between 1865 and 1871 he worked as a private teacher in the family of Prince Golitsyn and travelled with them all around Europe – to Austria-Hungary, France, Italy and Switzerland, and he spent some time in Prague. Thus, Drinov had the opportunity to study important documents, manuscripts and books related to Bulgarian history and stored in archives and libraries. In 1872, he defended his master’s thesis at the University of Moscow on Заселение Балканского полуострова славянами [Settlement of the Balkan Peninsula by the Slavs], followed by his doctorate, Южные славяне и Византия в Х веке [South Slavs and Byzantium in the 10th Century] (1876). He was appointed associate professor (1873) and later full professor (1876) at the University of Kharkiv (Ukraine), where he lectured until his death. He was a member of several academies (Russian, Polish, Czech, Croatian), as well as numerous scientific societies.

Marin Drinov was one of the builders of modern Bulgaria. In 1869, as one of the eminent Bulgarian scholars, he participated in the founding of the Bulgarian Literary Society in Braila (later renamed to Bulgarian Academy of Sciences). He was elected as its first chairman, its regular (since 1869) and Honorary Member (since 1898). He was also a long-time contributor to its periodical journal. He was Deputy Governor of Sofia during the Russo-Turkish War (1877–1878), the first Bulgarian Minister of Education (1878–1879) and a participant in the creation of the first laws on public education. Drinov was one of the authors of the Tarnovo Constitution. He initiated the founding of the People’ Library of Cyril and Methodius (to which he bequeathed his personal books) and the Historical and Philological Society in Sofia. He was a champion of the development of a unified literary language for all Bulgarian regions, which would promote their good spiritual growth and national unity. He attempted to impose an official Bulgarian spelling (so-called Drinov spelling) that was used in the first years after the Liberation. His was the proposal to select Sofia as the capital of Bulgaria. Disappointed by the political reality during the Regime of powers (1881–1883) and the destruction of the democratic foundations of the young Bulgarian state, Marin Drinov permanently settled in emigration and devoted himself to scientific activity.

His scientific pursuits were in several basic directions – in history, philology, ethnography and folklore. Although driven by patriotic and Slavophile inspirations, Drinov was generally regarded as the first modern Bulgarian historian to place his research on a strictly scientific basis and gain prestige and prominence in Europe. He was fluent in the classical languages, in the main Slavic and Western European languages. Drinov studied the sources in their original versions; he used language analysis, published unknown information and documents, and offered new interpretations. He was the author of a number of monographs, articles, and critical reviews.

One of the main issues that concerned him was the origin of the Bulgarian people. He defended the hypothesis and gave arguments that modern Bulgarians were a Slavic people and that the Bulgarians of Asparuh had contributed to the unification of the fragmented Slavic tribes, but did not leave a lasting trace in ethnogenesis and language, as by the 8th century they were already assimilated. According to Drinov, the settlement of Slavs to south of the Danube had started in the late 2nd–early 3rd century AD, and the different Slavic tribes in the Balkans belonged to either the East or the West group, judged in terms of their language. He fervently criticized the Hun origin theory of the Proto-Bulgarians. The scholar paid special attention to the era of Tsar Simeon (893–927) and his successors. The history of the South Slavs (Bulgarians, Croats, Serbs and South Dalmatian Slavs), their contacts and relations with Byzantium were the subject of his doctoral dissertation, published as a book (1876). Following the political might of Simeon, Drinov described the fall of the Bulgarian state under Tsar Petar (927–969), outlined the appearance and the pernicious role of Bogomilism, described the Russo-Byzantine war and the campaigns of Svetoslav, Prince of Kiev, the liquidation of the Eastern Bulgarian Tsardom by Emperor John I Tzimiskes (969–976) and the rise of Bulgaria of Samuil. The fate of the Bulgarian church over the centuries has also been the focus of Drinov’s research – from the Christianization of the Balkan Peninsula, the conversion of the Bulgarians under Tsar Boris, the history of the Patriarchates of Tarnovo and Ohrid, to the Bulgarian ecclesiastical issue during the Revival Period. These topics were encompassed in his monograph Исторически преглед на българската църква от самото ѝ начало и до днес [Historical Review of the Bulgarian Church from its Inception to the Present] (1869), in which the author used the historical argument (the independence of the Bulgarian Church since the 9th century AD) as an argument for the right of the Bulgarians to ecclesiastical independence. He studies the sources of the language and the popular beliefs of the Bulgarians in the area of Debar and denounced the hypotheses about their Serbian origin in his research Несколько слов об языке, народных песнях и обычаях дебрских славян [A few words about the language, folk songs and customs of the Debar Slavs] (1988). In a separate publication, Drinov emphasized on the role of Paisiy of Hilendar as the first national enlightener and linked the beginning of the Bulgarian Revival to his cause.

Drinov has made a significant contribution to the study of sources by researching and publishing important sources of political and ecclesiastical history – he made a detailed description of the Vatican transcript of the Manasses Chronicle of Tsar Ivan Alexandar (1331–1371), translated and commented on the Charters of Byzantine emperor Basil II (976– 1025) for the Archbishopric of Ohrid, examined the written documents for the time of Demetrios Chomatenos dubbed the Archbishop of all Bulgaria (ca 1216–1234). Sofia transcript of the Boril Synod (manuscript НБКМ 432, ХVI в.), the so-called Drinov transcript, was named after his. The scholar proved that the well-preserved eulogy of St Cyril and St Methodius was compiled in 1211 in Tarnovo on the basis of older sources, probably in connection with the translation of the Synodic of the Sunday Service of Orthodoxy ordered by Tsar Boril (1207–1218). In 1869, Drinov sent his famous Letter to the Bulgarian Community Culture Clubs [chitalishta], calling for ‘the search of old Bulgarian manuscripts, church and other books.’ He was engaged in collecting, recording and publishing folk songs and tales, and exploring the valuable language material they reflected.

The archive of Marin Drinov is part of the Scientific Archives of BAS (Collection No. 104K) and most of his works are digitized and available at http://digilib.nalis.bg.

View the embedded image gallery online at:
https://sesdiva.eu/en/virtual-rooms/modern-authors/item/59-marin-stepanovich-drinov-en#sigProIde5442e3b0e
back to top