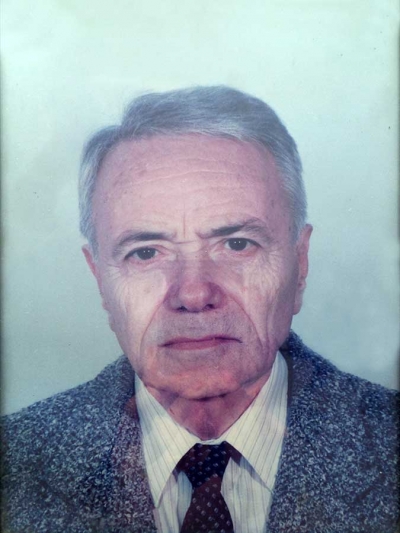 Literary scholar, Professor of Bulgarian Revival Period Literature, Doctor of Philology, one of the most prominent specialists in the field of literature and culture of the Bulgarian Revival. His research has made a significant contribution to the discovery of new fields in the creative and social activities of the Revival Period writers.

He was born in Yambol, where he received his primary and secondary education.

He graduated Bulgarian Philology at Sofia University of St Kliment Ohridski (1953). He has been a teacher in Grudovo and Slivnitsa for two years. From 1956 he began his academic and professional career at the Institute of Literature at the Bulgarian Academy of Sciences, where he worked for more than three decades (1959–1993). He was initially a doctoral student in Revival Period literature, later he subsequently held scientific positions as a literary associate (1959–), a scholar associate (1961–), Senior Research Fellow, II grade (1974–), scientific secretary (1974–1976) and head of Literature of the Bulgarian Revival Section (1983–1989). He defended a PhD doctorate on the subject Проблеми на реализма в българската белетристика през Възраждането [Problems of Realism in Bulgarian Fiction during the Revival Period] (1966), and with the dissertation on Писател–творба–възприемател през Българското възраждане [Writer–Creator–Perceptor during the Bulgarian Revival Period] he became Doctor of Philology Sciences (1988). As a professor of Revival Period literature, he lectured at Paisiy Hilendarski University of Plovdiv and at Sofia University of St Kliment Ohridski. The authoritative figure of D. Lekov was a centre of attraction in the scientific field – he was director of studies of graduates and PhD students; he headed a scientific circle, participated in various committees and specialized councils; he was in the management of the Union of Scientists, the Scientific Council of St St Cyril and Methodius National Library, member of the General Assembly of the Bulgarian Academy of Sciences, and chairman of the Philological Commission at the Higher Education Commission.

From the late 1950s to the late 1990s, D. Lekov devoted himself to textology, receptive aesthetics, literary history, archival heritage, and the socio-cultural problems of the Bulgarian Revival Period. D. Lekov’s contribution to Bulgarian humanities is evidenced by his numerous scientific activities and research on the writers of the Bulgarian National Revival Period, Lyuben Karavelov, Vasil Drumev, Dobri Chintulov, Rayko Zhinzifov, Vasil Aprilov, Nesho Bonchev, Dimitar and Konstantin Miladinovi, Radi Kolesov, to mention but a few. Prof. D. Lekov built and substantiated his concepts of literary-historical and literary-sociological issues of the Revival Perio with copious factual and critically meaningful material. The research of D. Lekov have a fundamental place in contemporary literary field: through his monographs, studies, articles, textbooks, national and international contributions, as well as through the creation and editing of books, the author showed high erudition, meticulous precision and creative innovative thought with modern interpretations.

With his first book Проблеми на българската белетристика през Възраждането [Problems of Bulgarian Fiction during the Revival Period] (1970), D. Lekov stated his scientific interests in Revival Period literature, highlighting the place of translations and Bulgarianisation in the development of original Bulgarian fiction, and emphasizing the decisive influence of Russian fiction writers on the works of L. Karavelov, V. Drumev, I. Blaskov, et al. The monograph also traces the connection between modernity and literature, the folklore in the development of fiction, the peculiarities of the artistic language and style of the fiction writer, the image of the hero, and the social influence on the work of art.

The book Литература, общество, култура. Литературно-социологически и литературно-исторически проблеми на Българското възраждане [Literature, Society, Culture. Literary-Sociological and Literary-Historical Issues of the Bulgarian Revival Period] (1982) showed D. Lekov’s academic professionalism on the background of modern literary studies. The author thoroughly examined the issues of literary generations and centres, the formation of the Revival Period readership taste, the socialization of literature and the function of the Community Culture Clubs [chitalishta], schools, societies and its popularisation.

The literary historian placed an emphasis on the role of the Russian cultural and literary centres during the Revival Period, with Odessa as the most important one, being connected with the reformation and democratisation of secular education in the Bulgarian lands and with the introduction of new ideas and genres in Bulgarian literature. Odessa was a centre with an indisputable contribution to the Bulgarian cultural and social life, with some of the Bulgarian patrons such as V. Aprilov, N. Palauzov, N. Toshkov living in the city, and the Odessa Bulgarian Board of Trustees being established here. It was no coincidence that some of the prominent Revival Period writers had graduated from the Richelieu Lyceum (nowadays the Novorussky University), Ivan Bogorov, Nayden Gerov, Nikolai and Spiridon Palauzov, Dimitar Mutev, Sava Filaretov and others, who in the 1940s set up the first Bulgarian literary circle. In 1862 Literary Dociety was created with the purpose to compile and publish textbooks for all Bulgarian schools. Moscow had been another attraction centre for Bulgarian youth in Russia where famous Revival Period writers Lyuben and Petko Karavelov, Rayko Zhinzifov, Konstantin Miladinov, Marin Drinov, N. Bonchev, V. Popovich lived in the late 1850s and 1870s. In 1857, they founded the Moscow Bulgarian Company, which partly assumed the functions of the Odessa Bulgarian Board of Trustees.

D. Lekov’s research was directed at Bulgarian Revival Period writers, whose works were created abroad – at Bulgarian spiritual hubs such as Constantinople, Odessa, Moscow, Bucharest, and Braila. In this direction were his works Писател – творба – възприемател през Българското възраждане [Writer–Creator–Perceptor during the Bulgarian Revival Period] (1988) and Български възрожденски литературни и културни средища в чужбина. Проблеми. Представители. Прояви [Bulgarian Revival Period Literary and Cultural Centres Abroad. Problems. Representatives. Events] (1999), which fit into the then modern problematic and thematic directions of receptive aesthetics and criticism in European literary studies, forming the trinities of writer–creation–perceiver and literature–society–culture. The two volumes of the Българска възрожденска литература. Проблеми, жанрове, творци [Bulgarian Revival Period Literature. Issues, Genres, Creators] (1988) have been a cornerstone for pupils, students, and lecturers. They cover the multifaceted image of the Revival Period – issues of literature, journalism, periodicals, drama, literary criticism, translation literature, and the interaction of folklore and literature. To this end, the author used a comprehensive approach, encompassing literary-historical, literary-sociological, and theoretical approaches in the context of epoch and environment, of traditions, readership, and the connection with the past and present.

View the embedded image gallery online at:
https://sesdiva.eu/en/virtual-rooms/modern-authors/item/58-docho-lekov-en#sigProId0538d316a1
back to top