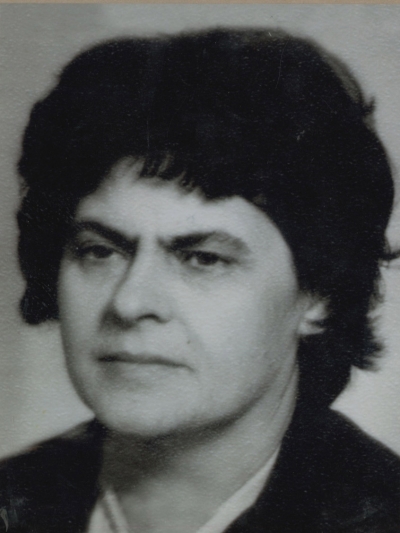 M. Gurgulova was born on 22.08.1927 in Plovdiv. In 1950, she graduated in Russian Philology at Sofia University of St Kliment Ohridski. In 1958, she enrolled in postgraduate studies (doctoral studies) at Moscow State University of M. V. Lomonosov. In 1965, Gurgulva defended a dissertation on Творчеството на В. М. Гаршин. Малкоизучени страни от творческия облик на писателя [The Works of V. M. Garshin. Less-known aspects of the creative specifics of the writer]. In 1974, she habilitated as an Associate Professor of Russian literature at the Paisiy Hilendarski University of Plovdiv. Since 1985, she has been a professor of Russian literature.

Although M. Gurgulova has been teaching Russian at the Mining and Geology Institute in Sofia (present-day Mining and Geology University) over the years, and has also served as editor-in-chief of the Nauka I izkustvo Publishing House, and as director of the Museum House of P. K. Yavorov, her professional realization was in the first place connected with the Paisiy Hilendarski Plovdiv University. She has great credit for the opening (in 1973) and the recognition of the specialty of Russian Philology in this reputable educational and scientific centre as a long-time lecturer in the history of 19th-century Russian classical literature and as head of the Department of Russian Language and Literature (1974–1983). Gurgulova was the Vice-Dean of the Faculty of Philology (1976–1977) and Vice-Rector (1977–1979) of the University of Plovdiv. From 1987 until her retirement in 1992 she worked at the Institute of Literature at the Bulgarian Academy of Sciences. From 1990 to 1992 she was the head of the Russian Literature section. She was also a part-time lecturer in 19th-century Russian literature at Sofia University of St Kliment Ohridski (1960–2007) and at the Smolyan Branch of the University of Plovdiv (1999–2001).

M. Gurgulova’s scientific interests and contributions were in the field of 19th-century Russian literature and Bulgarian-Russian literary relations. She presented to the scientific audience at home and abroad the work of V. M. Garshin, which has been insufficiently researched until the mid-20th century, even in Soviet literary studies. He had been a participant in the Russo-Turkish War of 1877–1878, and hence directly related to the new Bulgarian history. To this day, no study of this writer’s creative contribution has passed without reference to Prof Gurgulova’s monograph Творчеството на В.М. Гаршин [The Works of V. M. Garshin].

M. Gurgulova was a recognized scholar and researcher of the literary heritage of M. Yu. Lermontov. She paid special attention to the influence of the Russian poet on Bulgarian literature during the various stages of its development, as well as to the creative reach of his poetry on D. Chintulov, H. Botev, P. R. Slaveykov, I. Vazov, P. Slaveykov, P. Yavorov and K. Hristov.

M. Gurgulova was the only Bulgarian literary critic to be present with her articles in the prestigious Lermontov Encyclopedia (1981). She was one of seven foreign authors in this edition.

For her merits in the field of science and education in the mid-1980s, M. Gurgulova was awarded the Order of Cyril and Methodius.

View the embedded image gallery online at:
https://sesdiva.eu/en/virtual-rooms/modern-authors/item/125-marija-dimitrova-gurgolova-en#sigProId501182841d
back to top