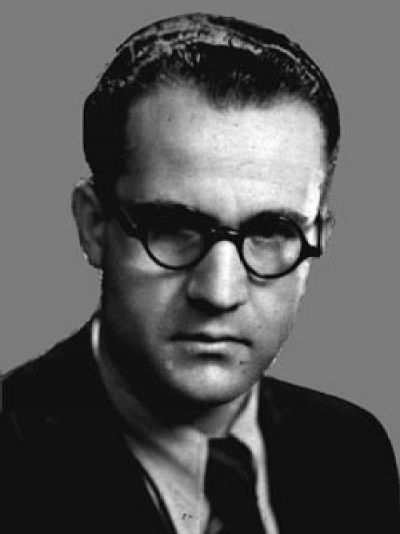 Born in Vratsa, he received his primary and secondary education in his hometown. He studied Slavic philology at Sofia University and graduated in 1934. He taught Bulgarian and Russian as a high school teacher at schools in Kardzhali, Plovdiv and Sofia (1936–1942). Assistant Professor of Bulgarian Literature at the University of Skopje 1943–1944. Associate Professor at Sofia University (1945), and later Professor (1947). He specialized in Russian literature in the USSR, where he taught Old Bulgarian and Revival Period literature at Moscow University (1946–1947) and trained the first Russian experts in Bulgarian studies. Vice Dean of the Faculty of Philology at Sofia University (1948 –1950) and subsequently Vice Rector (1950–1953). Velchev founded and directed the specialty of Russian Philology at the University. He headed the Department of Russian and Soviet Literature (1945–1965). In addition to his lecturer’s work, he was also head of a section at the Institute of Literature at the Bulgarian Academy of Sciences (1948–1965), where he was a member of the Scientific Council. As from 1945 Velchev was a member of the editorial board of the Language and Literature Magazine and the author and editor of the first volume of the four-volume History of Bulgarian Literature. He worked on curricula and wrote textbooks for high schools and universities. Member of the National Committee of Slavic Studies in Bulgaria.

Central to his scholarly and popular publications was the Cyril and Methodius issue, the fate of the heritage of the Thessalonica brothers in Bulgaria, Bulgarian literature during the Middle Ages and the Revival Period, and Russian-Bulgarian literary links. Velchev considered the work of Cyril and Methodius as fundamental to Slavic and Bulgarian culture. According to him, Cyril and Methodius were affirmators of the independence and identity of the culture of the Slavic peoples during the Middle Ages, and the Bulgarian state had a special place therein. He sought to overcome the traditional view that ancient Bulgarian literature was introduced from outside and was largely imitative, while at the same time he did not deny its genetic connection to Byzantium. His publications included Славянският дух в пространните животописи на Кирил и Методий [The Slavic Spirit in the Detailed Vitae of Cyril and Methodius] (1938), Константин-Кирил и Методий в старобългарската книжнина. Първо българско царство [Monk Khrabr as a Rhetoric] (1938), and the monograph Константин-Кирил и Методий в старобългарската книжнина. Първо българско царство [Constantine-Cyril and Methodius in Old Bulgarian Literature. First Bulgarian Tsardom] (1939), and Делото на славянския просветител Константин-Кирил Философ в историята на културата [The Contribution of the Slavic Enlightener Constantine-Cyril the Philosopher in the History of Culture] (1971). He put effort in tracing how the work of the first Slavic enlighteners was perceived, mastered and rethought from the beginning of Old Bulgarian literature to the time of Paisiy of Hilendar. Velchev did not approach matter as a historian but as a literary critic. He also studies later periods of Bulgarian literature, such as Творчеството на Григорий Цамблак в светлината на южнославянския предренесанс [The Works of Gregory Tsamblak in the Light of the South Slavic Pre-Renaissance] (1961) and the literary links between Moscow and Tarnovo. He discussed the reception of the Old Bulgarian literature in the works of Emiliyan Stanev. V. Velchev saw in Bogomilism a specific Bulgarian movement against the feudal system, social in spirit, but in a religious form, to which he devoted two publications: Презвитер Козма–борец срещу богомилството и изобличител на феодалното общество [Presbyter Kozma–a fighter against Bogomilism and reprover of feudal society’](1979) and Богомилската книжнина – израз на народната съпротива срещу феодалния строй и на народните мечти за друг живот [Bogomil literature – an expression of people’s resistance to the feudal order and people’s dreams of a different life](1979). These topics he revisited with the approach of a literary critic.

The second area of his research was the promotion of Russian classical and Soviet literature. The publications on the topic include: Пушкин в оценката на Достоевски [Pushkin in Dostoevsky’s Assessment] (1937), Платон Кречет от А. Е. Корнейчук [Platon Krechet by A. E. Korneychuk], and K. С. Станиславски за изкуството на актьора [K. S. Stanislavski on the Art of the Actor] (1940). Not a few of his publications were devoted to other prominent Russian classics such as Lermontov, Gogol, Tolstoy, Chekhov, Gorky, and the creator of Ukrainian literature Taras Shevchenko, to whom Velchev devoted two publications in Language and Literature journal. He was the author of the work Л. Н. Толстой – епохален руски и световен писател [L. N. Tolstoy – An Epochal Russian and World Writer] (1953). In addition to these works, he has written several reviews on the activities and works of his contemporary writers and scholars such as Pavel Naumovich Berkov and Dmitry Sergeyevich Likhachev.

The Bulgarian-Russian literary links represent the third area of his scientific pursuits. Outstanding among his works are his separate books Въздействието на руската класическа литература за формирането и развитието на българската литература през XIX в. [The Impact of Russian Classical Literature on the Formation and Development of Bulgarian Literature in the Nineteenth Century] (1958) and Тургенев в Болгарии [Turgenev in Bulgaria] (1960). In the first, he synthesized the results of studies of other researchers and created a complete picture of Bulgarian-Russian literary relationships in the 19th century, drawing on both translations and adaptations in Bulgarian from Russian, and on the links of Nayden Gerov, Dobri Chintulov, Vasil Drumev, Rayko Zhinzifov, Petko Rachev Slaveykov, Lyuben Karavelov and Hristo Botev with Russian literature. The author emphasized on the impressive influence of Russian literature, which had set many trends and styles in Bulgarian culture and literary life. The second monograph is dedicated to an issue that has not been fully explored in Bulgaria. The author pointed to Turgenev’s attitude towards the Bulgarian people and to his interest in their historical destiny. He discussed the way Turgenev’s works were spread and perceived among literary critics, including the names of Ivan Vazov, Konstantin Velichkov, Yordan Yovkov and others. Руска литература в образи и очерци [Russian Literature in Images and Essays] (1978) is an anthology textbook of ancient Russian literature, citing the latter’s undoubted connection with ancient Bulgarian literature and subsequent independent development. He devoted a separate book on Maxim Gorky, Пьеса Горького „На дне“ и прогресивното обществено движение в България [Gorky's play ‘On the Day’ and the Progressive Social Movement in Bulgaria], which is internationally recognized. Other similar works are Традиция Фонвизина в творчестве Т. Шишкова и Л. Каравелова [Fonvizin’s Tradition in the Works of T. Shishkov and L. Karavelov] (1966), Пушкин и болграская литература [Pushkin and Bulgarian Literature] (1961), Л. Каравелов и Н. В. Гоголь. К истории руского литературного влияния в Болгарии [L. Karavelov and N. V. Gogol. On the History of Russian Literary Influence in Bulgaria] (1948), Лермонтов в творческом развития Яворова [Lermontov in Yavorov's Creative Development] (1966), Идейното влияние на Чернишевски в България [Chernyshevsky's Ideological Influence in Bulgaria] (1957), Чехов и българската литература [Chekhov and Bulgarian Literature] (1960), И. С. Тургенев и България [I. S. Turgenev and Bulgaria] (1961), Толстой в Болгарии [Tolstoy in Bulgaria] (1965). He was awarded the title Honoured Worker of Science (1948) and the Order of the People’s Republic of Bulgaria, 1st degree (1987).

View the embedded image gallery online at:
https://sesdiva.eu/en/virtual-rooms/modern-authors/item/73-velcho-petrov-velchev-en#sigProId9bdb1028b8
back to top