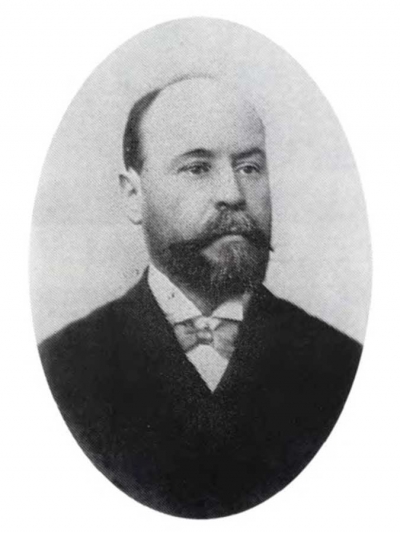 Polikhroniy Syrku was born on July 30/August 11, 1855 in the village of Straseni, Chisinau County of Bessarabia Governorate (guberniya), in the family of Romanians Evgenia Georgieva and Agapiy Andreevich Syrku. He studied at the parish school at the Capriana Monastery, which is a convent of the Bulgarian Zograf Monastery at Mount Athos, and as a child he learned Bulgarian and Greek. In 1866, the boy met Georgi Rakovski at the monastery.

Syrku studied at the ecclesiastical school and the seminary in Chisinau. After graduation in 1874, he enrolled in the Novorossiysk (Odessa) University where he was present at lectures on Slavic Studies under Viktor Grigorovich. In the same year he enrolled in the Faculty of History and Philology of St Petersburg University. In 1877, Syrku published the autobiography of Bishop Sofroniy of Vratsa in Russian translation. In the last year of his studies he wrote the work ‘History of Christianity by the Time of Knyaz Boris and the Baptism of the Bulgarian People’, for which he received a gold medal. He graduated with a candidate’s degree in 1878. He was among the favourite students of Izmail Sreznevski and his professional upgrowth was also influenced by V. I. Lamanski and I. V. Jagic. After graduation, Syrku remained at the university to prepare for a master’s exam in the Department of Slavic-Russian Philology. He travelled to Bulgaria, Eastern Rumelia and Romania for a year and a half in connection with his scientific interests.

Syrku’s studies in Bulgaria cover the period from September 1878 to September 1879. He visited Tarnovo and the surrounding villages, traversed the settlements along the Rositsa River, and then went to the Teteven, Troyan and Etropole regions. In Sofia, Syrku visited the Boyana Church, from where he took two fragments of parchment manuscripts from the 13th – 14th centuries. He also got to know the vita of St Nicholas Novi of Sofia. Then followed a tour of Western Bulgaria. The scientist only had a few days to review the manuscripts in the Rila Monastery, but he had the opportunity to meet Hieromonk Neophyte of Rila there. Syrku continued his tour of Eastern Rumelia. He stayed in the house of publisher Dragan Manchov in Plovdiv. He visited the villages in Chepino district and made archaeological excavations in the fortress of Tsepina near the village of Dorkovo, where he discovered two Byzantine marble reliefs of Apostles Peter and Paul. Syrku submitted the finds to the Imperial Russian Archaeological Society in St Petersburg, from where they entered the Hermitage Museum. In Tatar-Pazardzhik (present-day Pazardzhik), the Russian scientist met book-seller Petar Musevich-Borikov and teacher Hristo Zahariev, son of Stefan Zahariev. The two Bulgarians handed over to Syrku several manuscripts, some of which were from S. Zahariev’s collection, for temporary use. The scientist brought the manuscripts to St Petersburg, and their fate from then on is unknown.

In the fall of 1879 Polikhroniy Syrku went to Bucharest and from there he returned to Russia. His scientific interests were targeted to the South Slavic writings and culture of Wallachia and Moldova. His knowledge of Romanian, Greek, Bulgarian and some Western languages facilitated his research. In 1883, Syrku was defended a dissertation on the subject ‘Byzantine Tale of the Murder of Emperor Nicephorus Focas in an Ancient Bulgarian tale’ and became an associate professor. As from 1884 he started lecturing in Romanian language and literature, and as from 1886 he taught at the Department of Slavic Studies. In 1901, Syrku headed the newly opened Department of Romance language and resumed his lectures in Romanian. In 1885 he published an article entitled ‘On the History of the Revival Period Literature of Bulgarians’ dedicated to G. S. Rakovski.

Polikhroniy Syrku devoted himself to scientific work, rather than teaching. From 1883 to 1894 he was a junior assistant librarian in the Slavic Department of the First Russian Branch of the Central Library of Saint Petersburg Academy of Sciences. He worked on the compilation of a new catalogue of the Slavic Fund and produced index-cards in Bulgarian, Serbian and other Slavic languages. In 1886, the collection of Porphyrius Uspensky was received at the library. Syku described his archives and prepared his works for publication. In 1893 he resigned because of a conflict with his colleagues.

The scientist continued to lecture and travel on business trips – to Dalmatia, Bosnia and Herzegovina in 1894, to the Czech Republic in 1895, to Germany, Belgium, England and Austria-Hungary in 1896 to 1898. In 1899, he visited Bukovina, Transylvania, Serbia and Croatia. Syrku continued his research of Cyrilic manuscripts of Vlach-Moldovan origin. He was among the first scholars to be interested in Slavic-Moldavian manuscripts and in the influence of Slavic culture in Wallachia and Moldova.

His work on Patriarch Euthimius was not well accepted in the scientific community. Another blow for him was his unsuccessful attempt to get a professorship in the Faculty of History and Philology. In 1900–1902, Polikhroniy Syrku developed a disease of the brain; he was discharged and admitted to hospital, where he died on June 23/July 8, 1905.

During his travels in Eastern Europe, Syrku accumulated a valuable collection of manuscripts, which is now kept at the Manuscript Department of the Library of the Russian Academy of Sciences. This is one of the few collections formed as a result of a purposeful gathering of South Slavic and Bulgarian literary heritage, in particular. The collection includes 84 Bulgarian, Russian, Serbian and Romanian manuscripts, some of which are written on parchment. It was bought in 1906 from Syrku’s widow. Not a few scientists worked on the description of the manuscripts, namely G. A. Ilinski, V. I. Sreznevski, A. I. Yatsimirski and others. Bulgarian scientists were also interested in the collection. In the 1960s and 1970s B. S. Angelov and K. Kuev had the opportunity to work with the manuscripts. The complete catalogue was made by B. Hristova in 1983. The author stated that the manuscripts were actually 82 in number – 50 Bulgarian, 9 Serbian, 15 Vlach-Moldovan Slavic, 5 Romanian and 3 Russian. The Bulgarian codes are particularly valuable for the fact that important inscriptions like chronicles are preserved in some of them. In 2012, his letters and other documents were published, and further details were given in the descriptions of the manuscripts.

View the embedded image gallery online at:
https://sesdiva.eu/en/virtual-rooms/collectors-and-collections/item/56-polikhroniy-syrku-en#sigProIdf3af21b598
back to top