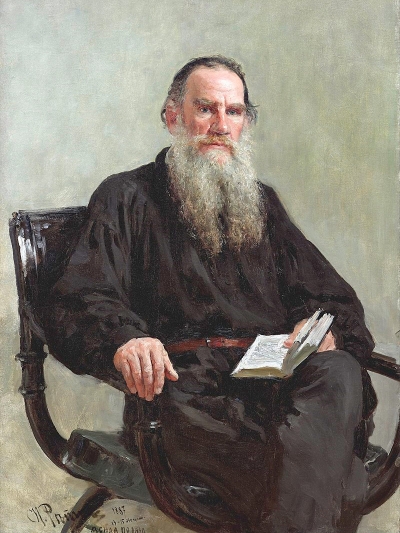 The very first (physical) contact between the young Lev Nikolaevich and Bulgaria took place in the spring of 1854, during the Russian siege of the fortress of Silistra – then part of the Ottoman Empire – just south of the Danube. The eventual lifting of the siege, after more than two months ushered in the end of the Russians’ lost Danube campaign, the long opening stage of the Crimean War (1853-1856). After the Russian withdrawal the action soon moved to the Crimean Peninsula where Tolstoy’s involvement in the better-known siege of Sevastopol (1854-1855) would inspire him to write his so-called Sevastopol Sketches (Sevastopol’skie rasskazy, 1855). Far less known, however, is that his stay in and near Silistra made him reach for his pen as well. Shortly after the removal of the Russian troops in the direction of Crimea Tolstoy sent a long letter, in French, to his aunt (he also addressed his brother Nikolai) about his impressions, at the age of twenty-five, of that military episode in the border zone between present-day Bulgaria and Romania. It was the Bulgarian writer Petko Todorov (1879-1916) who would draw ample attention to Tolstoy’s passage in his country. For a 1907 article in Thought (Misal) he translated substantial parts of Tolstoy’s letter. On the one hand Todorov praises the poetic value of the young count’s reveries about a local landlord’s girl, staring through the window while leaning on her elbows, on the other he points to the detailed tableaux of the war preparations and actions, which according to Todorov must have been useful during the writing process, a decade later, of War and Peace (Voina i mir, 1869).

It would take until 1883 before Tolstoy’s name appeared in Bulgarian print: in a short report in the Plovdiv newspaper Maritsa. A year later, a fragment of War and Peace became the first part of Tolstoy’s oeuvre to be translated in Bulgarian. It appeared in a school anthology (the two-volume Bulgarian Chrestomathy) of Bulgarian and world literature edited by the famous Bulgarian writers Ivan Vazov (1850-1921) and Konstantin Velichkov (1855-1907). The fragment, translated by the editors themselves, was taken from the third book of War and Peace, depicting the battle of Borodino. The choice for a battle passage in which the Russians were the (moral) victors certainly had to do with the fact that the Bulgarians had been liberated, little before, by the Russians in the Russo-Turkish War (1877-1878). Five years before the publication of this Bulgarian fragment, in 1879, Tolstoy’s magnum opus about the Russian victory over Napoleon had been published in French translation (on the initiative of Ivan Turgenev, a.o.), which was in fact the start of Tolstoy’s circulation within world literature.

The first integral Bulgarian translations of works by Tolstoy, however, were his My Confession (Ispoved’) in 1889, and The Kreutzer Sonata (Kreitserova sonata) in 1890, two shorter works that postdate his well-known moral crisis and spiritual awakening from around 1880. By the end of the century his three great novels War and Peace, Anna Karenina (1877) and Resurrection (Voskresenie, 1899) and several shorter works, such as the story ‘Master and Man’ (‘Khoziain i rabotbnik’, 1895) were available in Bulgarian. Right from the start of the Bulgarian Tolstoy reception, Bulgarian readers – among whom many (later) authors – got a fundamentally new picture of Russian literary prose. Before, these readers mainly associated the literary prose from their Russian fellow-Slavs with revolutionary writing à la Nikolay Chernyshevsky (famous for his 1863 What Is To Be Done). Of particular interest within the reception history is the translation, in 1893, of Tolstoy’s much-disputed first drama The Power of Darkness (Vlast’ t’my, 1886). As its early performance history in Bulgaria around the turn of the century teaches us, the shocking play caused a sensation: the Bulgarian king Ferdinand, after having attended the play himself, reprimanded the director for having staged such scenes. Be that as it may, The Power of Darkness is now believed to have raised the level of Bulgarian theatre.

As elsewhere in Europe, the somewhat belated Tolstoy reception led to the almost immediate juxtaposition, in Bulgaria too, of two very different Tolstoys: (1) the literary artist (most of all known for his monumental realist novels War and Peace and Anna Karenina) versus (2) the pacifist moral philosopher and religious thinker (most of all known for his shorter, often pamphlet-like works). The ‘patriarch of Bulgarian literature’, the already-mentioned Ivan Vazov, who had acquainted his fellow-countrymen with War and Peace – and whose own Under the Yoke (Pod igoto, 1894) can actually be considered Bulgaria’s War and Peace – decidedly preferred the ‘first’ Tolstoy to the ‘second’, whose ideas Vazov attributed to his old age. Other famous Bulgarian authors, such as Aleko Konstantinov (1863-1897), the creator of the literary hero Bay Ganyo, could appreciate both sides of Tolstoy, whereas the socialist politician Dimitar Blagoev (1856-1924) focused his attention on the revolutionary potential of ideas of the ‘second’ Tolstoy.

The picture of the early Bulgarian Tolstoy reception would of course not be complete if we limit ourselves to his influence on, and the judgments of Bulgarian writers, politicians and other intellectuals. Definitely more ‘physical’ was the impact the ‘second’ Tolstoy had on the lives of the many adherents and disciples who worldwide called themselves ‘Tolstoyans’, a diverse group of people who admired Tolstoy – their bearded guru (as several of them saw him) – for things as different as his nonviolence, his break with the Orthodox Church, his vegetarianism etc. The history of Bulgarian Tolstoyism began in the late 1890s with the Tolstoyan publications and Tolstoy translations of Sava Nichev (1872-1949?), whose room in Sofia became a meeting place for Bulgarians attracted to Tolstoyism. Among the other remarkable Bulgarian adherents were the army officer Georgi Shopov (1880-1932), who in 1900 ostentatiously took off his uniform as a then spectacular act of Tolstoyan antimilitarism, and Khristo Dosev (1886–1919), one of the founders, in October 1906, of the Bulgarian Tolstoyan colony in Alan-Kayryak. This village, near Burgas, was later, in 1934, renamed as ‘Yasna Polyana’ (‘Clear Meadow’) after Tolstoy’s home estate Yasnaya Polyana. As with many of the Tolstoyans worldwide, from this estate, two hundred kilometres south of Moscow, Tolstoy corresponded with both young Bulgarians. Whereas Tolstoy became so close to Dosev (who spent many years in Russia) that he started to call him “mily [something between ‘cute’, ‘dear’ and ‘nice’] Dosev”, his personal interest in Shopov’s case may well have shortened the ex-officer’s imprisonment, which was the logical consequence of his antimilitarist act. Probably the biggest achievement of the ‘colonists’ was the launching of the Tolstoyan journal Revival (Vazrazhdane, 1907–1915, 1919–1935). Other Bulgarian Tolstoyan journals would follow, but Revival still got the chance to be read by Tolstoy – around eighty years old now – himself, and even went down in history as one of the journals he highly rated.

It must have been the presence in Bulgaria of so many faithful admirers in combination with the facts that the country was not too far away and that the also Slavic language of the Bulgarians was not too different from his mother tongue that made Tolstoy decide to flee in the direction of Bulgaria, when he secretly and definitively left Yasnaya Polyana in the autumn of 1910. As we all know, Tolstoy’s final journey ended prematurely at the railway station of Astapovo (now ‘Lev Tolstoy’), where he died from pneumonia in the house of the station master on November 20 (7, Old Style). The obituary in the Bulgarian Workers’ Newspaper (Rabotnicheski vestnik), soon after his exceptionally media-covered death, emphasized the enormous talents of both the ‘first’ and the ‘second’ Tolstoy, but in its last sentence the ‘first’ appears to win the day: “L.N. Tolstoy was first of all an artist, a poet, and as such he died.”