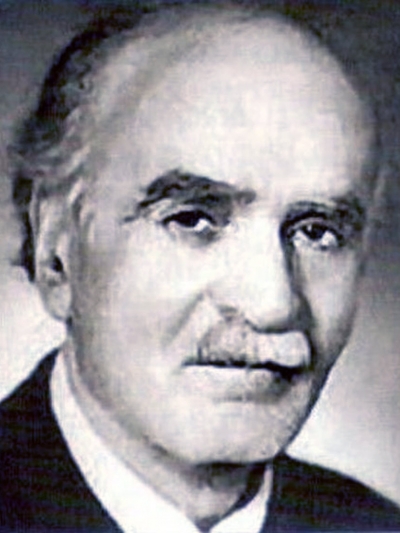 Bulgarian historian, archivist, archaeographer, lecturer at the Theological Academy in Sofia, Director of the Institute of Bulgarian History and the Institute of Archives at the Bulgarian Academy of Sciences. He dedicated a number of studies to Russian-Bulgarian literary and cultural relations.

He was born on 18 October 1883 in Ohrid, then within the Ottoman Empire. His father, Yoncho Snegar, was a craftsman; he died before his son was born. His mother, Diamanda, was an Orthodox Albanian. Ivan studied at the Greek school in his hometown, but in 1895 he moved to the Bulgarian school of St Clement, where he studied until 1898. For several months he worked in Tulcea, Romania and was an apprentice in Ohrid. He received scholarships and from 1900 to 1906 Snegarov studied at the Constantinople Theological Seminary. In 1902, he became a member of the school circle of the Inner Macedonian Adrianople Revolutionary Organization (IMARO). After graduating, he was briefly a teacher at Enidzhe Vardar, and in 1907 began working as a publicist in the Vesti newspaper, an edition of the Bulgarian Exarchate. After receiving scholarships from the Synod of the Russian Orthodox Church, in 1908 he enrolled in the Kiev Theological Seminary. It was there that his interest in history awoke. He graduated in 1912 with a degree of a Candidate of Theological Sciences in the History of the Archdiocese of Ohrid. In 1912, Snegarov returned to Constantinople and became a teacher at the Theological Seminary. He also taught at the Teacher Training School in Serres, at Thessalonica Men’s High School, at Yambol High School and at Sofia Seminary. In 1914, he became editor of the Tsarkoven vestnik newspaper. From 1916 to 1918 he was a journalist in Skopje; this was the time of his focused research on the history and geography of the area. In 1919, he became editor-in-chief of the religious magazine Naroden strazh. In 1920–1923 he was the editor of the newspaper Avtonomna Makedonia. Snegarov was among the founders of the Macedonian Science Institute, and since 1939 has been part of its management. He was a contributor to the edition of the Institute, Makedonski pregled, and from 1939 to 1943 was its editor.

In 1926, Ivan Snegarov was appointed associate professor at the Faculty of Theology of Sofia University. He held courses of lectures in History of the Christian Church, History of the Bulgarian Church, and History of Contemporary Orthodox Slavonic Churches. He was elected Dean four times. In 1950, the faculty was transformed into the Theological Academy, under the authority of the Holy Synod. Snegarov became Head of the Department of Church History. He taught there until his retirement in 1956. In 1933, he became a professor and full member of the Bulgarian Academy of Sciences, and in 1943 became an academician. He was Director of the Institute of Bulgarian History at the Bulgarian Academy of Sciences from its foundation in 1947 to 1950. In 1950–1951 he was the director of the newly created Institute of Archives at the Bulgarian Academy of Sciences. In 1958, Snegarov was awarded the Order of Cyril and Methodius, 1st degree.

Ivan Snegarov was the author of more than 160 scientific publications dedicated to the history of Bulgaria during the Middle Ages, the Ottoman period and the Revival Period. His most significant and popular work was the two-volume История на Охридската архиепископия [History of the Archbishopric of Ohrid]. In the first volume he traced the history of the Archbishopric from its foundation until the fall of the Bulgarian lands under Ottoman rule, and in the second one – until its transfer under the authority of the diocese of the Patriarchate of Constantinople in 1767.

In 1950, Snegarov published the monograph Духовно-културни връзки между България и Русия през средните векове [Spiritual and Cultural Relations between Bulgaria and Russia in the Middle Ages], which was one of the most important works devoted to Bulgarian-Russian cultural relations. The author examined the earliest sources testifying to the connection between the two peoples, and also drew on indirect information. Such a source was the Tver’ Chronicle, in which the conversion of the Bulgarian lands was described as a chronological boundary of the epoch. According to Snegarov, this was evidence that by 1534, when the Tver’ Chronicle was created, Bulgarian literature was widespread in Russia. Snegarov examined in detail the spread of the vitae of Cyril and Methodius in Russian literature and of the works of Kliment Ohridski. He reported data revealing the veneration of St John of Rila. As Snegarov maintained, books were exchanged mainly by priests –Bulgarians going to Russia, and Russians crossing Bulgaria on their way to Constantinople or to the Mt Athos.

In 1953, his book Културни и политически връзки между България и Русия през XVI–XVIII в. [Cultural and Political Relations between Bulgaria and Russia in the 16th–18th Centuries] was published, as a continuation of the previous monograph. It had a special chapter on cultural and literary relations. Snegarov emphasised on the appearance of Russian editions of Bulgarian works, such as The Story of the Bulgarian Tsarina Persika, Eulogy for Euthymios by Grigory Tsamblak and others. Interesting are his observations on the spread of the vitae of Cyril and Methodius, which continued during that period as well. He noted that the Makariev Reading Menaion included a eulogy for Cyril by Kliment Ohridski and that Dmitiy Rostovsky compiled a vita of Thessalonica brothers based on earlier works. He pointed out that it was the work of Cyril and Methodius that united Bulgarians and Russians through the common Slavic language. Snegarov paid special attention to the penetration of the celebration of Bulgarian and Serbian saints in Russian old-printed books. As an example, he cited the Great Horologion, which mentioned the Serbian Archbishop Arseniy, St Simeon of Serbia (Stefan Nemanja), Cyril and Methodius, St Ivina Rilski [St John of Rila] and St George of Sofia. According to him, Russian writers regarded the creation of Slavic script as a ‘life-giving start to cultural life in Russia’, and the first translations of the Gospel had been a preparation for the nationwide baptism of Russians. According to the author, this was the reason works by Old Bulgarian writers such as Monk Khrabr, Kliment Ohridski and John the Exarch were translated in Russia in the 16th–18th centuries.

View the embedded image gallery online at:
https://sesdiva.eu/en/virtual-rooms/modern-authors/item/107-ivan-yonchev-snegarov-en#sigProIdc95bc350cc
back to top