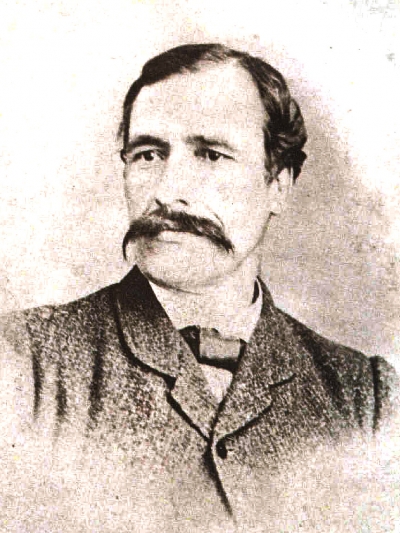 Georgi Stoykov Rakovski (born Sabi Stoykov Popovich, also known as Georgi Sava Rakovski) was born in Kotel in 1821. His father Stoyko Popovich was a well-to-do merchant. His mother Ruska Mamarcheva was the sister of revolutionary activist Georgi Mamarchev, a captain in the Russian army and a participant in the liberation of Kotel during the Russo-Turkish War of 1828–1829. In honour of his uncle, he later adopted the name Georgi. The name of the Rakovskis comes from Rakovo, his father’s home village.

In 1827, Rakovski enrolled in the local monastery school, where he studied Greek, among other subjects. From 1834 to 1836 he studied in Karlovo under Rayno Popovich. In 1837, he continued his studies at the Great School of the Nation (Phanar Roman Orthodox Lyceum), the oldest and most prestigious Greek school in Istanbul. There he studied philosophy, rhetoric, French, Latin, Ancient Greek, Persian and Arabic. Under the influence of Neofit Bozveli and Ilarion Makariopolski, he became involved in the struggle for an independent church. Rakovski was one of the founders of the Macedonian Society, whose goal was the liberation of the Bulgarians. In 1841, he went to Braila and under the name of Georgi Macedon he worked as a teacher in French and Ancient Greek. Rakovski initiated the so-called Second Braila Revolt of 1842. After the plot came to light, he was sentenced to death, but as he was a Greek subject, Rakovski was given under the supervision of the Greek consul in Bucharest, who, in turn, sent him to Constantinople. The Greek ambassador helped him escape to France. For a year and a half, Rakovski lived in Marseille. He wanted to continue his education in Paris, but the Greek consul did not render him the promised help.

In 1844, Georgi Rakovski returned to Kotel. He and his father Stoyko got involved in the fight between the craft guild (esnafi) and the local rich elite (chorbadzhi). They were arrested and sent to prison in 1845 in Istanbul. The father was released in 1847, and the son in 1848. In the following years, Rakovski worked as a lawyer and merchant, and began to pursue literature.

Following the outbreak of the Crimean War, Georgi Rakovski set up a Secret Society to prepare the liberation of the Bulgarians with the help of Russia. The members of the Society became interpreters in the Ottoman army, but their plot was revealed. Rakovski was arrested and taken to Istanbul but managed to escape. In 1854 he organized a detachment and made an unsuccessful attempt to contact the Russian troops. After the Russian army left, he hid in Kotel for some time and in 1855 he emigrated to Bucharest.

In 1856, Georgi Rakovski settled in Novi Sad, then in Austria. There he published his poem Предвестник Горского пътника [The Forerunner of the Traveller in the Woods] and, with the support of Serbian Danilo Medakovic he began publishing the Bulgarska dnevnitsa newspaper. Due to its anti-Ottoman orientation, in 1857 the newspaper was stopped and Rakovski was forced to leave the country. He stayed for short in the Wallachian cities of Galati and Iasi. He assisted Bessarabian Bulgarians in opening a Bulgarian high school in Bolgrad, interceding with Nicolas Bogoridi, Prince of Moldova and his classmate from Istanbul.

In 1858, Rakovski settled in Odessa and became the superintendent of Bulgarian students at the Odessa Seminary. His stay in Russia was the period of his most intense literary and research work. A prerequisite for this was opportunity to work in the city’s rich library. In Odessa, Rakovski met famous Russian Slavicist Victor Grigorovich and the scientist of Bulgarian origin Spiridon Palauzov. With their help and support he began researching Bulgarian history and gathering facts and sources for review of separate periods of Bulgarian history and literature. Some of his writings during this period were published only after his death. The following of Rakovski’s books were published in Odessa, Показалец или ръководство как да се изискват и издирят най-стари чьрти нашего бытие, языка, народопоколъние, стараго ни правление, славнаго ни прошествия и проч. [Index or Guide on how to claim and search for the oldest features of our existence, language, people’s life, past rule, glorious past and so forth] (1859) and Ключъ българскаго языка [Key to the Bulgarian Language] (1880). The ambition for a multifaceted historical analysis was embodied in the work Няколко речи о Асеню Първому, великому царю българскому и сину му Асеню Второму [A few words about Asen the First, the great tsar of Bulgaria and his son Asen the Second] (1860), which also touched aspects of the Russian-Bulgarian relations from the time of the First and Second Bulgarian Empires. In 1861, an anonymous booklet appeared, with no mention of the place and year of issue (probably in Bucharest) titled Преселение в Русия, или Руската убийственна политика за Българите [The Migration to Russia, or Russian Devastating Policy to the Bulgarians] (second edition, 1886). It was underlain by the agreement reached between the Russian government and the Sublime Porte on the resettlement of the Bulgarian population from Macedonia and the Vidin region to Southern Russia and its replacement with Tatar and Circassian population. In words and deeds, Rakovski tried to stop the pernicious relocation process.

In 1858, Rakovski drafted his first Plan for the Liberation of Bulgaria. Due to the strained relations between the Ottoman Empire and the Serbian Principality, in 1859 he moved to Belgrade. There in 1860 he started publishing Dunavski lebed newspaper. In 1861 Rakovski drafted the Second Plan for Liberation, and the following year he set up the so-called First Bulgarian Legion, which included Vasil Levski, Stefan Karadzha, Ilyo Markov and others as members. The legion fought the Ottoman garrison but disbanded after the relations between the countries were normalized.

In 1863, Georgi Rakovski came up with the idea of an alliance between all Christian peoples within the Ottoman Empire. With the consent of the Serbian government, he went for a diplomatic mission in Athens but did not enjoy support there. He settled in Bucharest, where he published the Budashnost newspaper and the Bulgarska starina magazine.

At the end of 1866 he established the Supreme People’s Bulgarian Civilian Command and on January 1, 1867, issued the Provisional Law on the People’s Forest Companies in the year 1867. The law provided for the preparation of a general uprising organized by a central leadership and headed by troops that, on a signal, would cross into Bulgaria. In the spring of 1867, the Supreme Command sent the detachments of Philip Totyu and Panayot Hitov to the Bulgarian lands. On October 9, the same year, Georgi Rakovski died of tuberculosis. In 1885 his relics were transferred to Sofia.

Georgi Rakovski was not only a prominent revolutionary figure, but also a talented writer and historian. His interests in the past and the way of life of the Bulgarians dated back to the time when he studied in the lyceum in Istanbul, but his serious academic activities were related to his two-year stay in Russia. During his stay in Novi Sad, he planned to write a complete history of Bulgaria and asked friends and acquaintances to provide him with materials. Rakovski obtained unknown manuscripts, some of which he published. Among them were excerpts from the vitae of St Petka, fragments of several gospels, and notes by writer Yosif Bradati. His main merit was the search and publication of historical sources of Bulgarian origin. Rakovski sought to study and explain historical events based on original local sources.

View the embedded image gallery online at:
https://sesdiva.eu/en/virtual-rooms/national-revival-of-slavs/item/129-georgi-stoykov-rakovski-en#sigProId3b3787a7d7
back to top