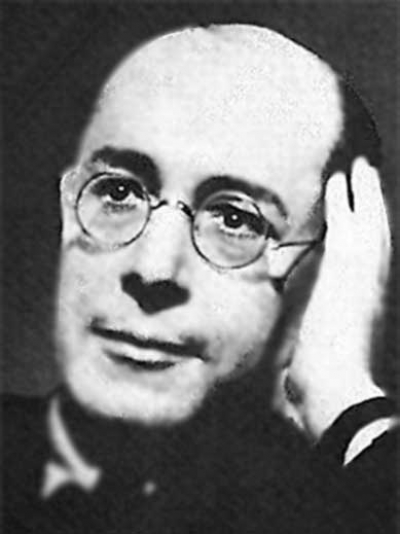 Born in Odessa. He was the son of Vasiliy Nikolaevich Mochulski, Russian Slavicist and professor at the Novorossiysk University. Konstantin graduated from St Petersburg University (1914) where his tutors were D. Petrov, V. Shishmaryov, T. Braun, and K. Tiande, among others. Then he joined the Novorossiysk University, and in 1916 he was a Private Associate Professor in the Department of West European Literature, and in 1919 he was already an Associate Professor on the payroll.

Konstantin Mochulski has lived in Bulgaria since 1920. He was Associate Professor at Sofia University (1920–1922). He lectured on the history of French comedy, on Shakespeare’s drama works, on Henrik Ibsen, on the works of Petrarch and Dante. At Sofia University, he contributed to the development of Russian philology and to the thorough knowledge of Russian literature. He was Professor at the Sorbonne and at the Saint Sergius Orthodox Theological Institute in Paris (1924–1940). His works are translated in not a few European languages. He died in Combault, France.

Three provisional periods can be identified in Konstantin Mochulski’s life and works: Russian (1892–1919), Bulgarian (1920–1922), and French (1922–1948). He shared the views of Father Sergey Bulgakov. He was an in-depth researcher of the produce of Russian writers and analysed the philosophical motives and connotations in their works. Mochulski published his works in Zlatorog (1920), Russkaya mysl magazine (1921), Razvigor (1921), etc. Съвременната руска лирика [Contemporary Russian Lyric] was the first published article by K. Mochulski („Златарог“, 1920), and the last one was on Образ России в русской поэзии [The Image of Russia in Russian Poetry] („Славянский глас“, 1921). The idea has been to understand the development of Russian lyricism through the prism of the motif of the Motherland. K. Mochulski’s literary produce has contributed to the enrichment of the Bulgarian literary space with new themes, ideas and works. The earliest knowledge and manifestations of so-called Russian formalism should be associated with his name (Манолакев 1997: 374). In 1925, the article Съвременната българска проза [Contemporary Bulgarian Prose] appeared (in French translation, in Obshtestvena misul magazine). This is an important fact, since at that time no other authors among Russian emigrants were known to have written about Bulgarian literature.

View the embedded image gallery online at:
https://sesdiva.eu/en/virtual-rooms/russian-immigration-balkans/item/30-konstantin-vasilievich-mochulski-en#sigProId5a15fd7b79
back to top