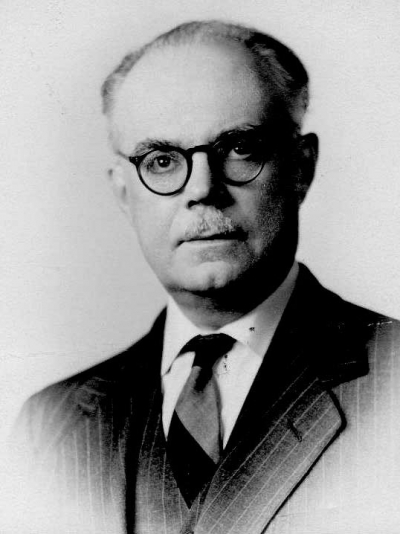 He was born in Kiev. His father, Nikolay S. Grabar, was a lawyer, State Counsellor at the Court of Cassation of St Petersburg, and his mother, Baroness Elizabeth I. Prittwitz, was a non-professional artist. André Grabar graduated from the Kiev Lyceum and the Faculty of History and Archaeology at Petrograd University, where his tutors were world-renowned art historian Academician Nikodim Kondakov (1844–1925) and corresponding member Dmitriy Vlasyevich Aynalov (1862–1939). He lived and worked in Bulgaria from 1920 to 1922. Grabar was a teacher and at the same time served as curator at the Medieval Department of the Archaeological Museum in Sofia. In 1922, he left for France. After defending his doctorate at the University of Strasbourg, he was appointed lecturer in art history from 1928 to 1937, professor at the Ecole pratque des hautes études at the Sorbonne (1937–1966) and professor of ancient Christian and Byzantine archaeology at the Collège de France (1946–1966).

A. Grabar’s scientific studies in the field of general medieval archaeology and art history (especially in theory and history of Byzantine art) have been published in over 80 books and studies, the most famous of which were: Боянската църква [The Boyana Church] (Sofia, 1924), Религиозная живопись в Болгарии [Religious Painting in Bulgaria] (Sofia, 1928), България. Стенни рисунки от средновековието [Bulgaria. Wall-paintings murals from the Middle Ages] (Sofia, 1961), Византийские украшения, Император в византийском искусстве [Byzantine decorations, the Emperor in Byzantine art] (Paris, 1936), Византийское искусство [Byzantine art] (Paris, 1938), Византийская живопись [Byzantine painting] (Geneva, 1953), Иконоборство Византии [Iconoclasm of Byzantium] (Paris, 1956). He was the founder and editor-in-chief (since 1945) of one of the most respected archaeological journals, Cahiers archéologiques. Grabar died in Paris.

A. Grabar was Member of the French Academy (1955), foreign member of the Bulgarian Academy of Sciences (1969), as well as of the Austrian, British, Danish, Norwegian, Serbian and American academies, of Dumberton Oaks Institute at the University of Harvard and of the German Archaeological Institute. He has been awarded honorary doctorates from the Universities of Edinburgh, Princeton and Uppsala. He has won many French, German and other awards and honours, among them the Bulgarian Order of Cyril and Methodius, 1st grade (1970) and the Brothers Cyril and Methodius Award (1987).

A. Grabar came to Bulgaria at a time when research on medieval cultural monuments, and especially church painting, was in its infancy and even the approximate number of these monuments was unknown. It was he who prepared the first inventories of 106 original and copied murals and 80 icons, thus starting the first file register of icons n the Bulgarian lands. His tutor, N. P. Kondakov also resided in Bulgaria at that time, thus fruitfully impacting his research activities. Under his direct guidance, the young Russian scholar mastered the experience of the analyses and evaluation of iconographic monuments, art observations and parallels. In the summer of 1920, he travelled around Bulgaria to make a review of the monuments of medieval art. Grabar was amazed by the wealth of the churches and monasteries, not only in famous centres such as Tarnovo and Nesebar, but also in peripheral remote places. Given the short time he availed and the poor condition of the roads and transport at that time, what he did was tantamount to a feat. The same year he published an account of his business trip in the article Материалы по средневоковому искусство Болгарии [Materials on Medieval Art in Bulgaria] (1920, Year book of the People’s Museum). In his research Grabar not only described the monuments, but also classified them into groups, which he called provisionally ‘official’ and ‘folk’ art, depending on the degree of strict observance of the Byzantine canon in icon-painting. In the following 1921, another article by A. Grabar was published on Bulgarian monuments of art that were still-unknown to science. He first gave a detailed description of the murals in the ossuary of the Bachkovo Monastery, Роспись церквы-гробницы Бачковского монастыря, 1923–1924 [Painting of the ossuary church of the Bachkovo Monastery, 1923–1924], adjusting their dating back to the 11th–12th century. Grabar explained the Byzantine-Georgian style of the murals with the history of the monastery, connected with the dignitaries of Georgian descent Gregory and Abas Pakourianos who had built the monastery. He dedicated a separate research to its architecture, Болгарские церквы-гробницы [Bulgarian Ossuary Churches] (1921).

A. Grabar was the author of the first monograph dedicated to the most famous Bulgarian medieval monument, the Boyana Church (1924), in which he made a complete description of the construction periods and the murals, and, on the basis of style analyses, he spoke in favour of the Bulgarian origin of the icon-painter and the monument’s affiliation with the Tarnovo Painting School. He pointed out that it was precisely the ‘Boyana paintings that initiated the long chain of monumental monuments dating from the 14th and 16th centuries in the so-called icon-painting style, which spread in the 14th and 15th centuries in Serbia and Russia. The same style was at the heart of 16th-century Mt Athos and Russian monumental painting.’ Grabar reverted again to the discussion of the two trends in Bulgarian medieval art in his study Доистория болгарской живописи [Prehistory of Bulgarian paintings] (1925) and later in more depth in his monograph Recherches sur les influences orientales dans l'art balkanique [Research on oriental influences in Balkan art] (1928).

As a result of his numerous studies of Bulgarian medieval cultural monuments and artefacts, the book La peinture religieuse en Bulgarie [Religious painting in Bulgaria] was published in Paris in 1928, for which he received his doctor’s degree from the University of Strasbourg. This book has been evaluated by specialists as the foundation not only of Bulgarian medieval studies, but also of Byzantine studies in general. A. Grabar analysed the history of Bulgarian religious painting, tracing its development in representative monuments – from the murals of the Red [Chervenata] Church near Perushtitsa (6th century AD) with obvious Hellenistic influences, to the murals of the Poganovo Monastery (1500), where ‘traditional Byzantine forms are mixed with 19th-century Italian motifs.’ He highlighted the fact that the traditional Byzantine canon was brought to life and amended by the talented Bulgarian masters. He emphasized on the pursuit of naturalism in Bulgarian murals and on the emergence of ‘purely Bulgarian elements that prove the existence of a national school.’

Thanks to the researches of A. Grabar, Bulgarian medieval art not only became well-known abroad but also gained great prestige.

Bibliography of A. N. Grabar

Bibliography about A. N. Grabar

View the embedded image gallery online at:
https://sesdiva.eu/en/virtual-rooms/russian-immigration-balkans/item/22-andre-nikolaevitch-grabar-en#sigProId260772a44b
back to top