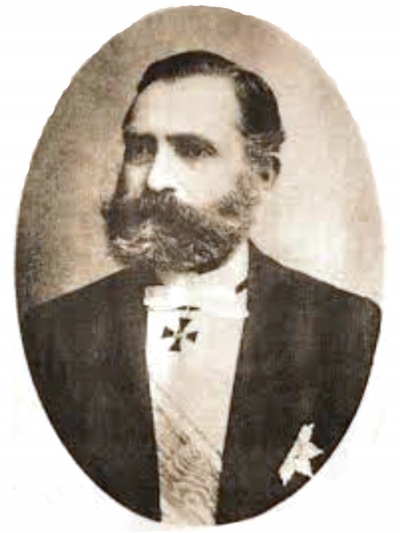 He was born on 28.08.1824 in the village of Bashino selo near Veles. He was the firstborn son of teacher Dimitar Petkovich. He had two younger brothers, Andrey and Dimitar. On the advice of Nesho Stoyanovich (future Metropolitan Nathanael of Zograf), who was educated in Russia, Petkovich also decided to leave for Russia. From 1843 to 1847 he studied at the Richelieu Lyceum in Odessa and graduated with excellent score. Zahariy Knyazheski – alias of Zheko P. Rusev, a Bulgarian writer, folklorist and dragoman, helped him continue his education. It is alleged that the two met at a time when Knyazheski was studying at the Theological Seminary in Odessa.

In 1845, at a gathering at Knyazhesky, he became acquainted with eminent Russian Slavicist Izmail I. Sreznevsky. The scientist recommended Petkovich to Osip M. Bodyanski and to Mikhail P. Pogodin. In 1846, Knyazheski settled in St Petersburg, where he remained for about two years. His main task was to provide scholarships to Bulgarians for training in Russia. He was promised a state scholarship for St Petersburg University. Knyazheski believed that Konstantin Petkovich, who had just graduated from the Lyceum, was a suitable candidate, and made effort to ensure a position for him at the university. He addressed personally the rector of St Petersburg University, Piotr Alexandrovich Pletnev. He insisted that among the two hundred scholars who would receive scholarships, there be ‘one poor Bulgarian – to the benefit of forgotten and abandoned Bulgaria’.

Thus, in 1847, with the assistance of Zahariy Knyazheski, Konstantin Petkovich became a student of General Language Studies at the Faculty of History and Philology of St Petersburg University. Later, his brothers Dimitar and Konstantin also graduated from this university.

Petkovich was the first Bulgarian to study under the tutorship of Izmail I. Sreznevsky. He was an excellent student. He studied various disciplines – theology and church history, logic and psychology, general and Russian history, history and literature of Slavic adverbs, Ancient Greek, Latin, Italian, English, French and Vlach-Moldovan languages. Sreznevsky urged him to do research on the history and folklore of the Bulgarians. The two started working on a Bulgarian-language dictionary that remained unfinished. On December 24, 1849, Sreznevsky presented to the Second Branch of the Academy of Sciences ‘A note on the Bulgarian language and on the Bulgarian translation of the manuscripts of the Royal Court, made by student Dimitriev.’ On his advice, Petkovich compiled a small Bulgarian-Russian dictionary that remained unpublished. In 1850, he wrote the ethnographic study ‘The Wedding Customs of Macedonian Bulgarians’, which was published only in 1980. In 1852, he translated into Bulgarian and published ‘Monuments and Samples of Folk Language and Literature’, edited by Sreznevsky. His correspondence with Viktor Grigorovich dates to the same time. His communication with prominent Russian Slavicists had a great impact on the shaping of his scientific interests.

Petkovich sent a note to the Asian Department and to the Minister of Education, Prince Shakhmatov-Shirinski, about the plight of the Bulgarian people. Together with Nathanael of Zograf, he created a project to set up a public education organization to be called Balgarska Matitsa. They both tried to publish a newspaper with the same title and to open a printing workshop. Their ideas, however, did not come true.

Konstantin Petkovich graduated in 1852. Following the example of Grigorovich, he undertook a research trip to the Slavic lands to prepare for his future scientific work. In the beginning, his companion was Nathanael of Zograf. The two reached Vienna, where they met Franz Miklosich and Vuk Karadzic. Petkovich decided to translate Miklosich’s Phonetics of the Bulgarian Language into Russian. After a tour round the monasteries in Fruška Gora, Nathanael returned to Wallachia while Petkovich continued his journey. He met Slovenian writer Josipina Urbancic-Turnograjska, and in 1853 he published the Bulgarian translation of her book on Knyaz Boris I.

Mt Athos was the next stop of his journey. Konstantin Petkovich was the first Bulgarian researcher who had the opportunity to work with the manuscripts of Mt Athos. For two months he studied the manuscripts in the monastery libraries. Later, he issued a description of the books, and also published the notes and additions contained therein. At the Zograf Monastery, Petkovic found the Zograf Screed and made a transcript. Returning to Russia, he offered the text of Alexander Guilferding, who reported on it but did not publish it. The Zograf Screed was later published by Yordan Ivanov.

Petkovich failed to reach Bulgaria because of the war between the Ottoman Empire and Montenegro and stayed in Istanbul. He collaborated to the Constantinople Newspaper, in which in 1853 he published his articles ‘Holy Mountain’ and ‘Zograf, the Bulgarian monastery of Mt Athos’.

He was also the author of the poems Maiden’s Oath and Bulgarian Warrior, written as a march of volunteer Bulgarians who participated in the Crimean War of 1853 – 1856.

On the advice of I. I. Sreznevsky, Konstantin Petkovich applied and was granted Russian citizenship. The diploma from St Petersburg University provided him with a number of job benefits. Due to the approaching Crimean War, he was sent to the Military Diplomatic Office in Chisinau. In 1853, he became Secretary of the Russian Imperial Consulate in Vidin and a member of the committee for the separation of Bessarabia from Turkey. In 1857, he arrived in Dubrovnik as Secretary at the Russian Consulate, and a year later became Consul. In this function he was very active: maintained relations with the Orthodox population in the city; supported Orthodox churches and monasteries; in 1858 he chaired the International Commission for the Separation of Montenegro from Turkey. In Dubrovnik he maintained relations with the French consul, Admiral Jirien de la Graviѐre, who later became a member of the French Academy of Sciences.

In 1870, Petkovich became Russian Consul in Beirut, where he remained until 1880. For his merits in the field of diplomacy, he was awarded the Order of St Stanislaus, Third Class; Cross of Independence of Montenegro and the higher French order, Legion of Honour. He died in Odessa in 1898.

Through his studies, publications and diplomatic activity, Konstantin Petkovich sought to contribute to the mutual awareness of the Slavic peoples. Thus, he is in fact a continuator of the works and line of thought of the first Russian Slavicists, I. I. Sreznevsky and V. Grigorovich. He is among the first Bulgarians to pay attention and study the folklore and the languages of the Slavs.

View the embedded image gallery online at:
https://sesdiva.eu/en/virtual-rooms/national-revival-of-slavs/item/74-constantine-dimitrov-petkovich-en#sigProId87ab2532e3
back to top