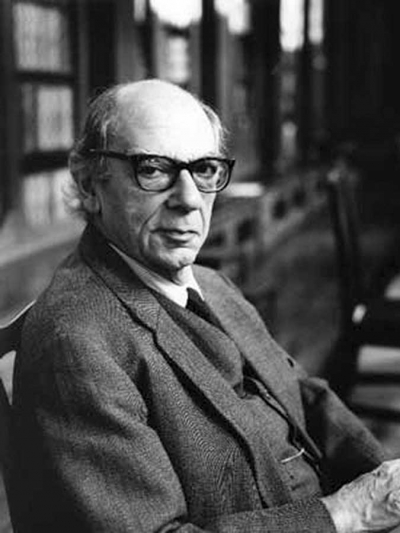 Philologist, historian, Byzantologist, Fellow of the British Academy (1974), Professor Emeritus at the University of Oxford (1985), Foreign Member at the History Department of the Russian Academy of Sciences (1994).

He was born on March 19/April 1, 1918 in St Petersburg in the family of Prince Dimitri Obolensky and Countess Maria Pavlovna Shuvalova, both descendants of ancient noble families. The revolution in Russia forced the family to emigrate when the child was one year old. In 1919, via the Crimea, they left for England and settled in Kent. Dimitri divorced his wife and returned to his home country to join the civil war. In 1922, Maria Pavlovna married Count Andrey Tolstoy. In 1923, the Count got a job at a bank in Nice and the family left for France. Young Dimitri attended a Russian lyceum in which lessons were taught in his native language. In 1929, Tolstoy started working for an insurance company in Paris and they had to relocate again. Obolensky was sent to England at Lynchmere Preparatory School in Eastbourne, the principal of which was Gary Gilbert, former governor of the Tolstoys. In 1931, the young man returned to France and continued his studies at Lycée Pasteur in Neuilly-sur-Seine.

In 1937, Dimitri Obolensky applied at Trinity College at the University of Cambridge. At the entrance exams he scored very high and thus he was allowed the maximum scholarship of 100 pounds. At first he chose philosophy as his major, but soon changed his mind and started studying Russian and French.

The Second World War broke in 1939 and many students enlisted in the army. Obolensky also wanted to go to the front, he even covered a preparatory course, but actually he did not go as he was promoted in an officer’s rank and headed the military training of Russian students.

In 1940, Dimitri Obolensky graduated as Bachelor of Russian and French and began working at the Department of Manuscripts of the British Museum, where he had the opportunity to become acquainted with the rich collection of Slavic manuscripts kept there. His lecturer at the University of Cambridge was Elizabeth (Elisaveta) Hill, also a Russian, Head of the Department of Slavic Studies. Under her tutorship, Dimitri began studying Bogomilism in the Balkans, devoting a year and a half on this research. In 1942, he presented his study at the university to apply for scholarship. For his extensive work, he was elected a Fellow (Research Assistant) in Trinity. In 1943, he acquired a doctoral degree. From 1946 to 1948 he lectured in Slavic studies.

In 1949, Obolensky was invited as Reader in Russian Language and Russian and Balkan Medieval History at the University of Oxford. In 1950, he was elected a Student of Christ Church College, Oxford and in 1961 he became professor of Russian and Balkan History.

Obolensky travelled and participated in numerous scientific forums, including the Anglo-Russian Conference in Moscow in 1960. For one year he worked at Dumberton Oaks Museum, Washington. He studied the collection of Byzantine manuscripts there and had the opportunity to get acquainted with prominent Byzantologists such as John Meyendorff and Igor Shevchenko.

In 1966, Obolensky was Secretary of the XIII International Congress of Byzantine Studies, held in Oxford. In 1974, he was elected a Fellow of the British Academy and in 1984 he was appointed a Knight Bachelor. In 1985, he became Professor Emeritus at the University of Oxford. In 1988, Obolensky visited the USSR as a delegate to the Sobor – the Local Council of the Russian Orthodox Church convoked to celebrate the 1000th anniversary of the conversion of Russia to Christianity. In 1994, he was elected a Foreign Member of the History Department of the Russian Academy of Sciences. He participated in the compilation of The New Cambridge Medieval History. He died on December 23, 2001 at Burford in Oxfordshire.

Dimitri Obolensky focused on studying the Byzantine Empire and its political, cultural and religious influence over the peoples of Southeast Europe. He is the author of the concept of the so-called Byzantine Community. The community included countries that had converted to Christianity under the auspices of the Church of Constantinople. During the Middle Ages, and later, they formed a religious and cultural community, and were guided by common norms based on Roman Byzantine law. The peoples in the community shared common literary and artistic criteria, influenced by Byzantine literature and art. There was a hierarchy within the community, headed by Byzantium. After the Ottoman invasion and the conquest of Constantinople in 1453, the importance of the Byzantine Community diminished and the Russian Empire became the centre of Orthodoxy.

View the embedded image gallery online at:
https://sesdiva.eu/en/virtual-rooms/modern-authors/item/57-dimitri-obolensky-en#sigProIdc49c5d6746
back to top