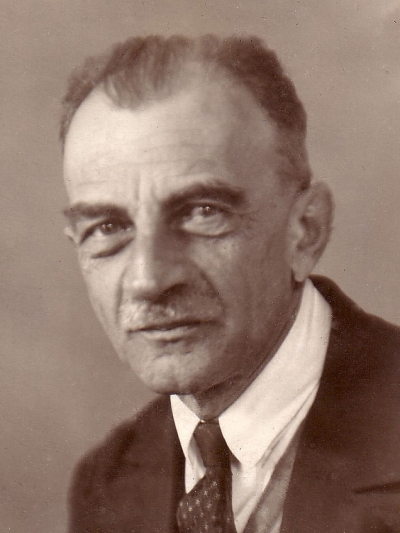 Bitsilli was born in Odessa, in a noble family of Italian descent. He graduated from the Second Odessa Classical High School and then, in 1910, with a master’s degree from the Department of History and Philology at Novorossiysk University as a student of Y. N. Shchepkin (1860-1920). In 1912 he defended a thesis at the University of St. Petersburg on the subject of “Салимбене. Очерки итальянской культуры XIII века” (Salimbene. Readings in 13th Century Italian Culture). He specialized in Italy and France and was familiar with Greek, Latin and seven contemporary foreign languages. Bitsilli was appointed as associate professor and then as professor at the Novorossiysk University in Odessa. He also taught West European history at the Odessa Higher Courses for Women. In 1920 Bitsilli emigrated to the Kingdom of Serbs, Croats and Slovenes where he was a librarian in the city of Vranje (Pčinja District) and taught at the University of Skopje. In 1924, with determined insistence on the part of Prof. Ervin Grimm (1870-1940), who then held the Chair of Modern and Contemporary History at Sofia University (and after he had been allowed to return to Russia), Bitsilli was invited to take his place. He held the position of regular professor (also at the recommendation of Academician N. P. Kondakov) until 1948, when he was dismissed for ideological reasons. Forced to live in poverty, which hastened his demise, he died in Sofia.

Bitsilli is considered the founder of art history studies in Bulgaria. He read over 80 courses as a professor. His students included most of the outstanding Bulgarian historians of the first half of the 20th century such as Hristo Gandev, Ivan Dujčev, Alexander Burmov, Dimiter Kosev, Dimiter Angelov, Tsvetana Georgieva, Virzhinia Paskaleva, Kroumka Sharova, Peter Petrov, Borislav Primov, Evlogi Bouzhashki and Peter Tivchev, among others.

Member of the Russian Academic Society in Bulgaria (1921). Secretary of the Union of Russian Writers and Journalists (1926). Chairman of the Academic Committee of the Russian Popular University in Sofia (1927).

He was the author of 27 monographs, 30 studies, 144 articles and 118 reviews. His works were published in the most authoritative Bulgarian academic publication, Yearbook of Sofia University, in the journals Bulgarska Misul (ed. Mihail Arnaudov), Bulgarski Pregled (ed. Stoyan Romanski), Iztok (ed. K. Gulubov and Ch. Moutafov), Prosveta (ed. Peter Moutafchiev), Rodina (ed. Boris Yotsov), Filosofski Pregled (ed. Dimiter Mihalchev), and the newspapers Literaturen Glas and Literaturni Novini. He was an active contributor to Russian émigré publications like Sovremennie Zapiski, Zveno, Noviy Grad, Put’, Rossiya i Slavyanstvo, Russkie Zapiski, Chisla and others. He also published in authoritative foreign journals like Slavia (Prague), Zeitschrift für Slavische Philologie (Heidelberg), Revue des études slaves (Paris), Seminarium Kondakovianum (Belgrade), Revue de la literature compare (Paris), Tierre firme (Madrid), as well as others. He was the most proliferous author in the emblematic émigré journal Современные записки, where he was also one of the most authoritative contributors with 30 articles and 75 reviews.

Bitsilli’s work can be divided into the following thematic groups:

1. Antiquity and Middle Ages.
Here we cannot but mention Bitsilli’s dissertation Salimbene (1916), The Fall of the Roman Empire and Elements of Medieval Culture appearing in 1919. These support his basic thesis that “man is a direct subject of history” and that “history should seek the common ground of the historical process as movement of man and of masses of people”.

3. Theory of historical science and historiography
The author’s credo that “a historian is inevitably subjective, but that does not mean that history is not a real science or that the subjectivity of historical knowledge does not preclude its objectivity” was mainly upheld in Readings on the Theory of Historical Science (1925), as well as in numerous articles of methodological character.

5. Philosophical anthropology.
Numerous studies on national issues say that “the meaning of history, just as that of human existence, lies in the tragic outlines of its existential choice.

6. Russian history and Russian culture and civilization.
His idea that “Russia provided the creative synthesis between eastern and western cultures” is developed in his Russian History: from the Beginning of the 19th Century to the Second Revolution (1917) (1947).

7. Theory and history of Russian and world literature.
In Etudes on Russian Poetry (1926) and Short History of Russian Literature (1934) Bistsilli developed the idea that “romantic individualism is key to the understanding of historicism in general.”

10. Social and cultural studies.
A series of works propound the theses that “culture is a compendium of individual creative efforts” and that “civilization embodies the general level of culture and the corresponding system of designatable symbols”. These laid the foundations of cultural studies in Bulgaria.

12. Modern Russian writers.
Bitsilli revealed himself as an in-depth analyst of both Russian classics and modern Russian authors such as I. Bunin, A. Block, V. Shkovsky, M. Aldanov, Y. German, Zoshchenko, Tefi, and others. It is with good reason that he is thought to have discovered the talent of Vladimir Nabokov, who himself said Bitsilli was the first to ‘decipher’ his profound essence as an author and thinker.

View the embedded image gallery online at:
https://sesdiva.eu/en/virtual-rooms/russian-immigration-balkans/item/11-petr-mihaylovich-bitsilli-en#sigProIdb5809e72df
back to top