Charters of the Bulgarian Tsars of the 13th-14th centuries 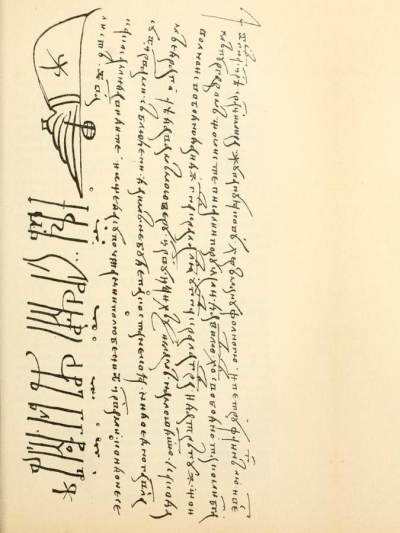 Charters of the Bulgarian Tsars of the 13th-14th centuries

The Bulgarian tsars’ Charters of the 13th – 14th centuries are unique historical sources of a secular character which contain various kinds of information that allow us to form an idea about the features of state authority, the fiscal system, the social composition of the population, and the trade and international relations of the Bulgarian state at different stages of its historical development.

Located in close proximity to the Byzantine Empire, throughout its history Bulgaria was strongly influenced by it, including in the sphere of law. It began with the formation of the Bulgarian state (681) and continued until the end of the so-called First Bulgarian Tsardom in 1018. The political independence of the Bulgarians was replaced with Byzantine rule, which was overthrown as a result of an anti-Byzantine uprising led by brothers Peter and Asen, noblemen from the town of Tȃrnovo. Then began the period of the so-called Second Bulgarian Tsardom, lasting until the conquest of the state by the Ottoman Turks in 1396.

The institution of tsardom in Bulgaria arose quite early. As early as the 10th century, the Bulgrians had already proclaimed Simeon as their Tsar (893–927); he was later dubbed “the Great.” He was the son of Prince Boris, known as the baptiser of the Bulgarians in 865, and who had spent many years as a hostage at the court of the Byzantine emperor and who spoke Greek perfectly. Hence, he knew the morals and manners of the Byzantine court, the structure of the state apparatus and office work. When he became the Bulgarian tsar, Simeon introduced Byzantine practices to the Bulgarian capital, Veliky Preslav. It is obvious that these practices concerned the court chancery, which was a copy of the Byzantine one. The dominant role in Byzantium was played the logothetes (a senior administrative title in the Byzantine Empire equivalent to a minister or secretary of state), headed by the Grand Logothete. The latter was the keeper of the seal and responsible for drafting charters. The logothetes, in their turn, led the tainiks (legal experts), grammarians-calligraphers and scribes. The last two categories of officials had to be highly qualified and able to work skillfully with the material from which the charters were produced. In the Bulgarian court chancery, they usually used cotton paper, called Carta Bombycina, rag paper, as well as parchment.

The main text of charters was written in black ink, and red cinnabar was used for the royal signature. An obligatory element of the royal charter was a cross at the beginning of the text and on both sides of the tsar`s signature. In some instances, it was also placed at the end of the text. The tsar`s signature was often preceded by the symbolic image of a hand in royal attire bearing a scepter. There was always a picture of a cross on the sleeve and on the scepter. The design of the Bulgarian tsars` charters replicated the practice of the Byzantine imperial chancery.

The Byzantine influence can also be traced in the typology of the Bulgarian medieval charters. Among them the so-called chrysobulls (from the Greek χρυσόβουλλον, which means golden seal) prevail. These solemn charters were issued by the rulers of the state. As a rule, they were fastened with a gold seal and signed with their names, accompanied by the relevant title and a portrait. Apart from the chrysobulls, there were less solemn decrees. These are the so-called prostagmas (from the Greek πρόσταγμα – disposal, order) and horismoses (from the Greek ὁρισμός – condition, obligation, treaty).

According to their content, the medieval Bulgarian charters follow a certain design pattern (so-called form) and consist of three parts: the initial preamble, the main body and the final protocol (the so-called eschatocol). The preamble contains information about the tsar who issued the charter and the recipient. The main body contains the purpose of the document, the content of the grant or treaty and includes the so-called sanction – a ban on violating the terms of the charter, threatening the wrath of the ruler or divine punishment. The most important element of the main body is the corroboration, certifying the authenticity of the document with the signature and seal of the rule. The final protocol contains information on the date and place of the document and pious wishes.

With regard to the nature and purpose of the Bulgarian tsars` charters, they can be divided into two groups. The first consists of letters of gift issued to certain monasteries listing various privileges and, above all, so-called immunity. The latter removed the monasteries from the control of the local authorities – monasteries began to obey the tsar directly. Unfortunately, the charters of the first Bulgarian Tsar, Simeon the Great, and his successors – his son Peter (927–969) and others – didn`t reach us because of political cataclysms and Bulgaria’s loss of national independence and its conquest by Byzantium.

Relatively better is the situation of the charters of the Second Bulgarian Tsardom (1186–1393). Among them are, for example, the Vatopedi Charter (circa 1230) of Ivan Asen II (1218–1241), granted to the Athos Vatopedi monastery; the Virgino Charter of Constantine Tikh (1257–1277), addressed to the monastery of St. George the Quick-witted and the Victorious, near the city of Skopye (13th century); two chrysobulls of Bulgarian Tsar Ivan Alexander: Zograpf (1342), granted to the Athos Zograpf monastery, and Oryahov (Mrachski) (1348), addressed to the monastery of St. Nicholas in the area of Oryahov near the town of Radomir. Three so-called “Mesembrian” (i.e., Nessebar) charters are also attributed to Tsar Ivan Alexander (between 1341 and 1356). Two of them appear to have been drawn up in favor of the Mesembrian metropolitan and the monastery of the Virgin Mother Eleussa. The third “Mesembrian” charter reaffirms the property rights of the St. Nicolas monastery in the area of Nessebar. From the reign of the last tsar of the Second Bulgarian Tsardom, Ivan Shishman (1371–1395), we have two charters, the Rila (1378) and the Vitosha charters (between 1371 and 1385), addressed to the Rila and Dragalevtsi (situated near the foot of the Vitosha mountain) monasteries.

The second group of royal charters is represented by agreements related to the granting of trade rights to foreign communities. The Dubrovnik Charter (1230) guaranteed freedom of trade to the merchants of Dubrovnik on the territory controlled by Ivan Asen II. The charter of Tsar Ivan Alexander (1347) regulated the commercial activity of Venetian merchants in the Bulgarian lands. The Brashov Charter (between 1369 and 1380) of the Vidin ruler Ivan Sratsimir (1356–1396) provided the inhabitants of the Transylvanian city of Brashov with freedom of movement and trade activities in the Vidin kingdom.
Apart from their content, the appearance of the charters is unique. They differ considerably from each other in shape and size. The Virgino, Zograpf and Rila charters resemble long, wide ribbons, while the Dubrovnik`s and Brashov ones – small rectangles, and the Vitosha one looks like an irregular quadrangle. Some charters have an unusual appearance: i.e., the Oryahov one, which resembles a cutaway section of a large bowl with flat edges.
A characteristic feature of the Bulgarian royal charters is the image of a hand, symbolizing the hand of the ruler who signed the document. On the Virgino, Vitosha and Brashov treaties, the ruling hands bear scepters, while on the Oryahov charter, it bears a cross surrounded by a little crown. The latter is quite detailed: there are elements on the border of the sleeve which resemble buttons or precious stones.

The high status of the royal charters was emphasized not only by the image of the hands, but also by the precious golden seals attached to the charters. Intact seals have been preserved only on double-sided chrysobulls, the Oryahov and the Rila ones. On one side of the Oryahov seal is the image of Jesus Christ the Savior, on the other – the figure of Tsar Ivan Alexander himself, presented in royal robes, bearing a scepter and a scroll; his head is adorned with a helmet. On the front side of the seal of the Rila Charter, Tsar Ivan Shishman is depicted with a big beard and a helmet, in royal robes and bearing a scroll and a scepter in the form of a crosier with a cross. On the other side is the image of St. Ivan of Rila – the protector and patron of the Asen dynasty – with a cross and a scroll in his hand; his face is radiant.

Thus, the Bulgarian tsars` charters are unique sources as they have paleographic, historical and philological value. They continue to be the subject of close attention by researchers of various academic areas and have great potential for interdisciplinary research.

View the embedded image gallery online at:
https://sesdiva.eu/en/virtual-rooms/popular-saints/item/114-charters-bulgarian-tsars-en#sigProId1b837d4880
back to top