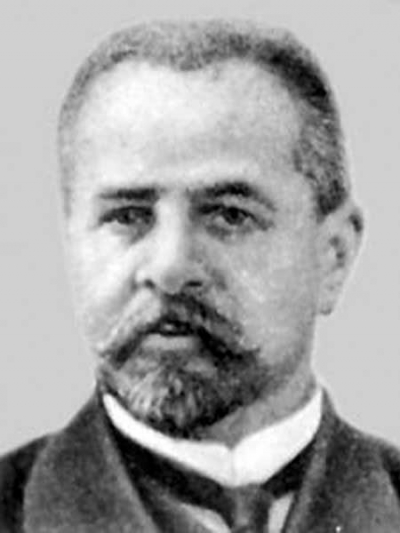 He is believed to have been born in the village of Kamenka, Pskov Governorate (guberniya), into a religious family. He studied at the Pskov Theological School and later at the Pskov Theological Seminary. In his student years Evseev began studying the translations of the Bible under the guidance of Vasily Bolotov. In 1893, he graduated from St Petersburg Theological Academy defending a dissertation on the topic Лукиановская рецензия LXX в славянском переводе [Lucian’s recension LXX in Slavonic translation] for which he was awarded a PhD in theology. In the following years, he worked as an assistant librarian at St Petersburg Academy Library. He travelled to Egypt to study manuscripts in the library of the Patriarch of Alexandria in Cairo (1895). In 1897, Evseev published his book Книга пророка Исайи в древнеславянском переводе [The Book of Prophet Isaiah in Old Slavonic translation], for which he was awarded a master’s degree in theology. From 1898 onwards he worked as an inspector at the Moscow Zaikonospasko School, at the Podolsk Theological Seminary (since 1902) and the Orlov Theological Seminary (1904). He defended his dissertation on Книга пророка Даниила в древнеславянском переводе [The Book of Prophet Daniel in Old Slavic Translation] and became an Associate Professor at the Department of Homiletics at the Theological Academy in St Petersburg (1906), and a year later he was a professor. Evseev headed the Department of Church Slavonic Language and Paleography (1909), and since 1914 he has been a Corresponding Member of the Russian Academy of Language and Literature. In 1909–1910, he was the editor-in-chief of the Tsarkoven vestnik journal. As from 1910 he has been a member of the International Commission on the Critical Edition of the Septuagint, chaired by Alfred Ralphs.

Evseev prepared an inventory of 4000 Slavic manuscripts of the Scripture. In 1911, he presented to the Synod a project approved by the Theological Academy for a scientific edition of the Slavic Bible, but the Synod repeatedly postponed its decision for such an edition, and it was not until 1915 that a Bible Committee was set up to prepare it. He studied the text and the manuscript tradition in detail, prepared the so-called Genadiyev Bible for publication, presented not a few reports and published numerous papers exploring translation problems. Evseev wrote a great bulk of reviews as well. His main conclusion was that the Elizabeth Bible, which goes back to the Bible of Ostrogski and of Genadiyev, was imperfect. He pointed out that the uniform principle of translation had been violated – in some cases the book followed the Septuagint, while in others the Vulgate. As Evseev maintained, a complete revision of the translation of the Elizabeth Bible should be made along with its reconstruction in line with the translation made by St Cyril and with the subsequent translations related to the Lucian’s recension of the translation of the LXX. The sudden death of the inspirer of this endeavour brought to a stop the activity of the Commission that had been in the the Russian Academy of Sciences (1918), and the planned large-scale undertaking never took place.

Evseev has spent his entire life studying Bible texts and working with texts. Thanks to his diligent research, he collected material for a comprehensive future scientific study and publication of the Slavic Bible. He was the first scholar to identify the Greek editions, which formed the basis of the most ancient Slavic translations. He was the author of the thesis that is relevant even today about the language features of three translations of the Bible – by Cyril, by Methodius, and by Simeon, justifying his conclusions with extensive linguistic material. Evseev created a scholarly history of the biblical text with the South, East, and West Slavs and developed the principles for text critic publication of biblical texts. All of his editions have parallel Greek texts. Evseev was the supporter and advocate of the thesis that the so-called Simeon’s translation was made in Bulgaria during the reign of Tsar Simeon I (893–927). He was the author of the most extensive research on the ancient Bulgarian writer Presbyter Grigoriy, a prominent representative of Preslav Literary Centre. According to Evseev, the latter had been the translator of the Eight Books of the Old Testament in Old Bulgarian.

He vigorously defended the thesis that the Russian translation of the Bible should be revised. In his view, the closure of the Russian Biblical Society had been a ‘grievous historical mistake’. Taking into account the differences in the manuscript heritage and in the translations, Evseev proposed a Russian translation to be produced, either in line to the Septuagint, preserved in the most ancient Slavic tradition, or to make two translations at the same time – from Hebrew and Greek. According to him, the most important requirement of a future edition was the modernity of the language. Evseev’s efforts and endeavours were highly appreciated by his contemporaries.

Despite the huge volume of scientific work and his active social activity, Evseev lived in deprivation together with his twelve-member household. He died in his native village in 1921. Evseev’s personal archives is kept at the Archives of the Russian Academy of Sciences, Saint Petersburg (fund 109).

View the embedded image gallery online at:
https://sesdiva.eu/en/virtual-rooms/modern-authors/item/26-ivan-evseevich-evseev-en#sigProId8d8c744f07
back to top