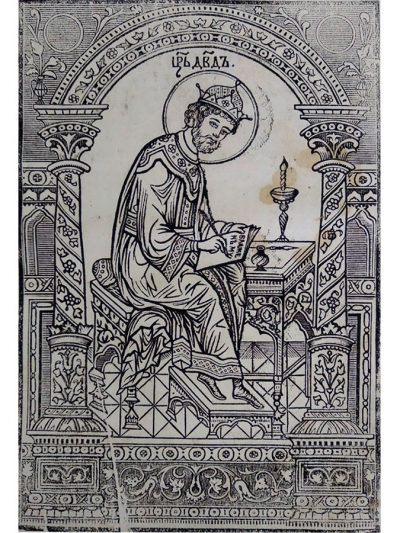 The 16th through the 18th century saw the provenance of Russian manuscripts and old printed books used in divine service, which had an influence on the content of manuscripts.

The impact of Old Russian printed books was studied even at the end of the 19th and the beginning of the 20th century by Benyo Tsonev, Ivan Snegarov and Ivan Shishmanov, as well as others, who found Church Slavonic elements in the language of the manuscripts from the Late Middle Ages. Later, in the 20th century, the comprehensive research of Bonyu Angelov, Nikolai Dilevski, Peter Atanassov, Velcho Velchev, Kuyo Kuev, Donka Petkanova, and in recent years of Elka Mircheva, Mariyana Tsibranska and others, threw abundant light on the content of the manuscripts.

The Tale of Constantinople and its Capture by the Turks in 1453 by Nestor Iskander was one of the first works to be noticed. Even L. Miletich (Милетич 1895: 399–462) made a description of two manuscripts from the second half of the 18th century including the Russian printed version. B. S. Angelov continued the research and discussed the Russian printed publication of 1713, noting its significance in that age. It was also studied by Peter Atanassov and Oleg. V. Tvorogov published it with comments. Recently, Belgian researcher Michel De Dobbeleer made a complete analysis of East and South Slavic tradition.

The Belyakovets Miscellany of the second part of the 16th century, No. 309 from the collection of the National Library in Sofia (found in the village of Belyakovets, Turnovo region) is one of the late medieval manuscripts whose contents reveal borrowings from Russian books (Милтенова 1989: 61–74). According to S. Nikolova,(Николова 1980: 155–158) who says the Gerontikon readings included in 15th-18th century miscellanies, the three patericons included in the manuscript – about the family of a Christian and a pagan (f. 131v-132v, 135r-136r), about the two cobblers (f. 136v-138v) and about the monk who ran away from the monastery because he was abused (f. 112v, 111r-111v) are replaced by the Sinaxarium. This assumption also related to the Story about the Prophet Daniel and How he Destroyed the Idol of Bel, also characteristic of the Sinaxarium in which it is included under the date December 17. The copy in MS 309 is one of the rare South Slavic texts of the Story (also copied in MS 17 of the second half of the 18th century, collection of the Ivan Dujčev Centre of Slavo-Byzantine Studies, a copy of No. 309). Most of them, over 20, are found in copies in Russian Sinaxarium of menaion type. E. Mircheva adds that the Story about the Evil Women in the Belyakovets Miscellany is in an identical version with that included in the Russian Sinaxarium. MS 13.8.2. from the collection of P. Syrku, Library of the Russian Academy of Sciences, St. Petersburg, a Sinaxarium for September-November from the middle of the 16th century, with two-jus, two jer inconsistent orthography is close to a possible,. B. Hristova attributed it to the manuscript of Wallachian-Moldovan origin. A note on the back cover says that the manuscript was donated to the St. Nicholas church in Zlataritsa village, near Veliko Turnovo, and it is called a damascene (Христова 1983: 277–278). The manuscript miscellany of Sunday sermons written I Turnovov in 1626 by hieromonk Daniel, No. 304 in the collection of the National Library in Sofia. The manuscript is a copy of the Didactic Gospel printed in Zabłudów (today in Lithuania) in 1568/1569 by Ivan Fyodorov (Райков 1971; Мирчева 1995: 3–10). As P. Atanassov has established (Атанасов 1986: 13–26) the resemblance between the texts in the old printed edition and the Didactic Gospel of hieromonk Daniel is quite obvious.

Peter Atanassov reported that in the 18th century the character of miscellanies changed and the number of borrowed texts increased (based on manuscripts Nos 1053, 1055, 1057, No. 340 and No. 343, National Library in Sofia). He also added facts about the work of Theodore of Vratsa and Theophane of Rila. The miscellany of Father Punncho, compiled in 1796 (No. 693, National Library, Sofia) has a particular place. The rich contents include 69 texts, including apocrypha. Several homilies were taken from the translation of the Thesauros by Damascenus Studites (about the Dormition of St. John the Theologian, about the laying of Jesus Christ in the tomb and the harrowing of Hell; St. Demetrios of Salonica with a description of his ninth miracle; the Holy Unmercenaries Saints Cosmas and Damian; about Quadragesima Sunday). In total, the works based on the printed Sinaxaria exceed 30 in number on comparison to the 1735 Moscow edition (e.g. Story about the birth of John the Baptist, Story about Luke Who took the Right Hand of the Remains of John the Baptist and took it to Antioch; Story of Prophet Zechaiah’s Words to the Unmerciful Princes; the Extended Vita of Martyr Rhipsime, Holy martyr Theodota, and others) (Атанасов 1986: 145–146). The original Story about the Tsar of Moscow Peter (Повест ради Московского цара Петра, що го нарицают москале Буро) is a work about the Christianization of the Russians known only in Bulgarian literature. The sources of the work include Russian chronicle tradition (the Story about the Trial of Various Beliefs by the Prince of Kievan Russ, Vladimir Svyatoslavich of Kiev), probably taken from the Kievan Synopsis where the events involving the conversion of Russians are an interpreted version of the Primary Chronicle.

Both monasteries on Mt. Athos and their relations with monasteries in the Balkans, as well as the trade and cultural relations with the lands across the Danube, were the ways by which to spread Russian manuscripts and old printed books. In the first place, there is evidence of envoys from the monasteries to Russia. Information about such Athonite visits to Moscow appears for the first time in Russian chronicles appears for the first time during the reign of Grand Prince Ivan Vasilyevich the Great. This practice became a usual one in the following centuries. The books came to Bulgarian lands through numerous embassies (missions), travelling to Russia with pleas for material aid and sacred vessels, books for the monasteries and the churches. The research if M. Sluchovsky (Слуховски 1964: 30) showed that in the 17th century more than 100 monasteries used Mosckovian and Kievan printed books in liturgy. Thirteen Serbian and three Bulgarian appealed to the Moscow Patriarchate and the Emperor, including Rila monastery (see Русия, Атон и Рилският манастир 2016). Zographou monastery that in 1641/1642 received a charter allowing it to send taxidiots to Russia once every eight years, while Chilandar monastery (with a charter from 1658) once every seven years. Such rights were received by the monasteries of St. Panteleimon, Iveron, the Great Lavra, St. Paul, Esphigmenou and Vatopediou around the middle of the 17h century (for different periods of collecting donations). An agreement between Rila monastery and Panteleimon is recorded in 1466 after its resumption by the three brothers Joasaph, David and Theophanes, sons of the Bishop of Krupnik, Jacob (Дылевскй 1974: 36–38). After that there is no evidence of contacts. Those were resumed after 1628 when the envoys received permission to head to Moscow from the Russian border city of Putyvl, after which they brought charters to Patriarch Filaret of Moscow and the tsar. It is assumed that in response they received both material aid and books (Русия, Атон и Рилският манастир 2016, 88–91).

Special attention should be paid to the work of the Metropolitan of Kolasija, Michael (beginning of the 17th century – 1666/1669). He made several trips to Russia in the 17th century during the reign of Tsar Alexei Mikhailovich (1645–1676). His work has been studied and documentary sources have been published by Lyuba Stoyanovich, Yordan Ivanov and, in detail, bty Boyu S. Angelov.He was in Moscow from 1651 to 1654, where he met with Tsar Alexei Mikhailovich Romanov (1645–1676) and Patriarch Nikon. The arrival of the envoys that included Metropolitan Michael is recorded in the archives of the Embassy Decree (archives: Russian State Archive of Ancient Acts (RGADA), Moscow, November 21, 1651). When Orthodox clergy in the Balkans needed patronage and material aid in the form of books, robes, church plate money and so on. There is a record that says, as a result of the embassy, 12 carts with donations left for the Balkan Peninsula, headed by Archimandrite Dionysius and including manuscripts and old printed books (Иванов 1906: 268; Ангелов 1980: 31). A list of books donated to Metropolitan Michael (there called Serbian metropolitan) for South Slav monasteries has been preserved, as well as information about a large quantity of aid. Directly after that he undertook a long journey through Moldova, Wallachia, Serbia, Mt. Athos to Jerusalem and Palestine, and then returned to Moscow in 1657. He died at Chilandar monastery c. 1666.

Trade relations with Ukraine and Russia used to serve as ways by which Russian manuscript reached the Danubian towns of Vidin, Svishtov, Silistra and Rousse, from where they reached the Sredna Gora and Balkan mountain literary centres. This was also the way by which East Slavic books were taken to the East Slav lands even in the 15th-16th century, which is evident from the manuscript collections kept in Svishtov (Христов 1913: 139–142; 149–150) and in some monasteries in Sredna Gora (Стоянов 1954: 9). Svishtov has a copy of a tetraevangelion of 1575, printed in Vilnius by Peter Mstislavets (отпечатано във Вилнюс от Петър Мстиславец (Mamoniči typography), the Lviv Epistle Book of 1639 and a number of other publications. Trace of infiltration of Russian works can be seen in miscellany No. 145а and the Svishtov damascene (Милтенова 1980: 68–104). One interesting case is that of the Glozhene monastery, about which there is information that it maintained literary relations with Ukrainian lands in the 18th-19th century, acquiring a number of old printed books, liturgical and didactic literature in Church Slavonic, usually through donations of rich artisans from the nearby town of Teteven. The books were donated about 20 years after their publication, some of them having been used in South Ukrainian monasteries and churches. These books were read and even copied by numerous pilgrims (Архим. Павел (Стефанов) 1992: 85–98).

In his exceedingly comprehensive study and catalogue of old printed books in Russia, Evgenij Nemirovski (2009–2012) wrote about the way they reached the Balans for some of them. Presses for Cyrillic books operated in Aleksandrovska Sloboda (Russia), Alba Julia (Belgorod of Dnestr, today on the territory of Ukraine), Vilnius, Zabludow (today in Poland), and elsewhere. In the second half of the 16th century, books came from Lviv and the printing press of Constantine of Ostroh (Ostroh, Ukraine) where 21 publications were made. The activity of Ivan Fyodorov was key to the beginning of printing in Moscow, a man whose person and work have been studied in detail (Тихомиров 1959: 9–40). A large part of the books in Bulgarian lands are of liturgical character, although they also contain didactic and narrative readings for lay use. The short review of the typographical production of the Moscow press familiar to Bulgarian scribes by Mariana Tsibranska includes the following books: Psalter of 1653, Psalter of 1660, the Service Book of Nikon (the so-called unedited version) with reprints in 1556, 1557, 1658, Pentekostarion of 1653, Horologion of 1653, 1655., Heirmologion of 1657, Euchologion of 1658, the Nikon Tablet of 1656., the First Nikon publication of a reader in 1657, Nomocanon of 1653, and others. The old printed Sinaxarium also found its way to the Balkans, but in the 17th-28th century (Капица 2010: 141–184).

View the embedded image gallery online at:
https://sesdiva.eu/en/virtual-rooms/cultural-exchange/item/116-russian-manuscripts-bulgarian-lands-late-middle-ages-en#sigProIdc743d03c05
back to top