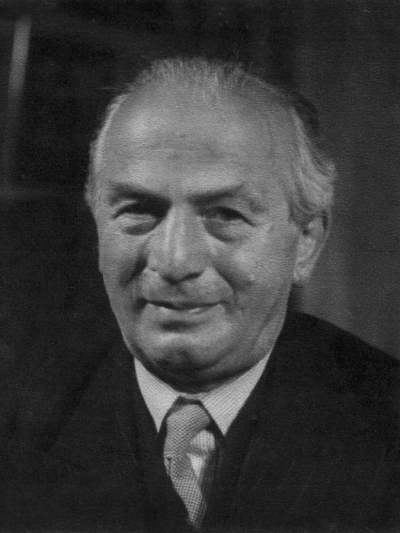 Janko Lavrin was born 10.02.1887 in the small village Krupa in the South East of Slovenia, then part of the Dual Monarchy Austria-Hungary. At the turn of the century, when Lavrin was attending secondary education in Sušak (a village on the border with Croatia), Austria increased its influence in the Balkans and limited certain language and cultural rights the local people previously benefitted from. Aware of the limited freedom of the Slovenes at this young age, Lavrin joined a group of anti-Austrian pro-Yugoslav students that advocated for a Yugoslav state outside of the Dual Monarchy.

In 1907 Lavrin left Slovenia to avoid state service in the Austrian military. For a year he travelled Europe, learning languages and following literary and artistic trails to Oslo, Paris and Prague. In 1908 Lavrin arrived in Russia where he would live for the next ten years of his life. In his memoirs and later interviews he states that he had two goals when he got there. On the one hand he hoped to do something to explain the case of the menaced Slavs in the Habsburg Empire. On the other hand he wanted to promote the literature of other Slavic peoples in Russia, especially the Slovenian and South Slavic ones.

Lavrin quickly settled in Saint Petersburg where he quenched his thirst for knowledge by combining the study of Russian literature and culture (although he would never obtain a university degree) with a career as a journalist and literary critic, and a vivid social life in the city’s many literary circles. One of the circles Lavrin frequented was organized by Matrona Shilder, a society figure who was married to peredvizhnik Andrey Shilder. Inspired by these contacts and financially supported by Shilder, Lavrin soon (already in 1908) started to publish the monthly literary periodical The Slavic World (Славянский мир), the most significant project in his early career. After a bumpy start, Lavrin ended the cooperation with Shilder already in 1909 when he discovered she only used the periodical to increase her own social prestige. He restarted publishing a smaller and less expensive version of the periodical in cooperation with the Polish Maria Khrutskaya in 1910. Until the discontinuation of the periodical in 1911, Khrutskaya and an international group of critics and translators contributed to the periodical under Lavrin’s lead. Lavrin himself wrote for the periodical under the pennames Lev Savin, L.S. and L.

Each issue of The Slavic World consisted of a publicist section with articles on several cultural topics – mainly history and literary analysis, – and a literary section, that consisted of Russian translations of other Slavic literary works. Large part of the periodical’s articles and translations had a South Slavic focus. Lavrin saw The Slavic World as a means to acquaint the Russian public with literary and cultural achievements of other Slavic peoples. He believed that mutual knowledge of each other’s literature could increase the mutual respect among the Slavic peoples and bring them closer together, at least within the cultural sphere. What is more, Lavrin used the periodical to disseminate an idiosyncratic vision on the future of the Slavic world that can be positioned within the tradition of the Slavic Idea. Contrary to the Westernizers, he dreamed of a unified Slavic world, not grafted on the West, but based on cultural exchange within the Slavic world. Contrary to the Slavophiles and the Pan-Slavists, then, he envisioned an inclusive Slavic world, not led by one people in a messianic role, but based on the equality of all Slavic peoples. After the discontinuation of the journal in 1911, Lavrin would further this mission with his work for the Society of Slavic Scientific and Scholarly Unification (Общество Славянского Научного Единения).

Lavrin extended his work as a bridge-builder in his cooperation with the acmeist Sergey Gorodetskiy in 1912. Together they edited Veles (Велес, 1912), an anthology of Russian and other Slavic literatures. Lavrin also provided Gorodetskiy with the South Slavic works for his anthology Perun (Перун, 1915), a collection of Russian and South Slavic literature. Lavrin’s interest in and knowledge of South Slavic folklore and literature also formed the foundation for a friendship with the futurist poet Khlebnikov. Allegedly, he even gave Khlebnikov the idea to change his first name Viktor in the South Slavic Velimir.

During the Second Balkan War (1913) and the first years of the First World War, Lavrin started to work as a war correspondent for the conservative newspaper The New Time (Новое время). Based on his experiences he wrote the travelogue In the Land of Eternal War. Albanian Sketches (В стране вечной войны. Албанские эскизы, 1916) in which he describes his adventures traveling through Montenegro and Albania, and elaborates on the atrocities of the war. While the travelogue was received positively by the readers of The New Time, some of his friends in the more liberal literary circles frowned upon his work. Especially the avant-garde collective Bloodless Murder (Безкровное Убийство) – Lavrin joined the group in 1914 or 1915 – led by the futurists Vera Ermolaeva (1893-1937) and Mikhail Le Dentu (1891-1917) had problems with Lavrin’s alleged warmongering and negative presentation of the Albanians in the travelogue. Therefore they ridiculed him in one of the issues of their eponymous satirical magazine. Later, Ilya Zdanevich would use this issue as the base for his first zaum play Yanko King of the Albanians (Янко круль албанскай, 1918).

After the Russian Revolution in 1917 Lavrin moved to Great Britain. Already in 1918 he was accepted as Russian language lecturer at Nottingham University. In 1921 he was appointed as a professor of Russian literature at the same university. With fluctuating success, he expanded the Slavonic Studies department and added more Slavic languages, like Slovene and Polish to the curriculum. Although he maintained his ties with Slovenia and other South Slavic countries, he shifted his academic focus and devoted his many monographs and scholarly articles mainly to Russian literature and European (including Slavic) modernist literature. This focus brought him into contact with several modernist periodicals like The New Age and The European Quarterly. Lavrin no longer elaborated his vision of a unified Slavic World, but instead started to pursue an idiosyncratic version of a unified Europe including the Slavic world. Only after his retirement in 1952, he again paid more attention to the future of the Slavic World in the monograph Russia, Slavdom and the Western World (1969), published at the age of eighty-two. Lavrin spent the last years of his long life in London, where he died 13.08.1986, aged ninety-nine.

*This bibliography is limited to Lavrin’s works in which the connection between the East- and South Slavic region plays a prominent role.

View the embedded image gallery online at:
https://sesdiva.eu/en/virtual-rooms/cultural-exchange/item/108-janko-lavrin-en#sigProId13f0a6609e
back to top