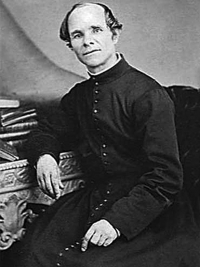 Russian Catholic Jesuit, archaeologist and missionary, opponent of the Russian Orthodox Church, who aimed to familiarize the Western reader with Orthodox history and culture. The most significant author and publisher, who wrote in French and Latin for Eastern Orthodoxy, and searched for valuable Slavic monuments.